The debut of Bitcoin in the world of online gaming has paved the way for all kinds of betting games. Such is the case of Bitcoin-Bucket, a gaming platform that exclusively accepts Bitcoin. It is available in two languages only—English and Spanish—and it comes with a simple layout that takes cues from contemporary and minimalist designs. 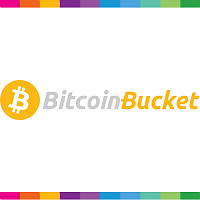 This website has only one game and it is not any one of the popular casino games widely played online or even in brick-and-mortar casinos. Instead, as the brand’s name suggests, it features a game of chance that involves a bucket that when shook yields a prize. It can be played using bitcoins, but it also works even when the complimentary balance is used instead.

While this seems very basic, it cannot be helped to ask how exactly the game functions. According to its information, the results of each bet are randomly chosen using the python code integrated into the servers. The code is published on its website and can be used as references by those who have knowledge in this area.

However, for the average Bitcoin gambling bettors, this code is plain gibberish, and it does not help alleviate doubts and worries that Bitcoin-Bucket is not reliable or legit. Nevertheless, it seems that this platform already has a few followers as evident on the updated list of recent winnings and number of bettors playing the game.

What is greatly appreciated here, though, is that it is open when it comes to bets, deposits, and withdrawals. For example, it clearly states on its website that the minimum and maximum bets for its game are 0.0001 BTC and 6.00 BTC, respectively. Any wager lower than the minimum bet will be considered lost or gone and absolutely unrecoverable while amounts exceeding the maximum limit will be acknowledged as multiple bets, and therefore, they will be processed individually.

Although this platform encourages players to sign up for an account by simply entering an email address, it also supports direct betting, which enables bettors to send their bitcoins to ‘bucketybop’, the name given by the brand to its Bitcoin wallet address. In this way, you would not need to register or log in just to play on Bitcoin-Bucket.

Additionally, this Bitcoin gambling platform does not lie, or at least perform tricks on your cashouts, because it specifically states that it deducts 1.5% from each withdrawal. If you happen to be connected to any of the site’s affiliates, however, another 1% fee will be charged, totaling to 2.5% deduction from every withdrawal.

In the event you wish to be the one receiving extra profits, it is easy to become an affiliate. Registered players can integrate the brand’s API in web or applications or share links via email, Facebook, Twitter, and other platforms to invite more players. Generating a number of players guarantees additional profits from everyone under you who makes a withdrawal.

Overall, Bitcoin-Bucket has the potential to become a new favorite among Bitcoin betting enthusiasts. However, it would further expand its market reach if it manages to guarantee the fairness of its game. Likewise, it would help if this brand establishes an official account and thread on Bitcointalk since many players are already intrigued by it, but they often choose to let this website pass due to questions about its reliability and credibility as a Bitcoin gambling website.