The year 2014 was the time during which the Bitcoin gambling market made huge leaps. Now that we are in the first quarter of 2015, we can only look back at the previous year in terms of goals attained, obstacles overcame and opportunities lost. And this applies to everything we came into contact with, including Bitcoin.

The cryptocurrency, as expected, has had both negative and positive experiences in the course of the year.

Indeed, 2014 got off on the wrong foot for Bitcoin. What was then the largest Bitcoin exchange, Mt. Gox, filed bankruptcy after allegedly losing almost 1M BTC to system attacks.

There were other online exchanges and businesses that shut down due to various reasons. Not to mention the series of hacking incidents and DDoS attacks launched at different platforms, including Bitcoin sports betting sites as well as Bitcoin wallet and exchange service providers. 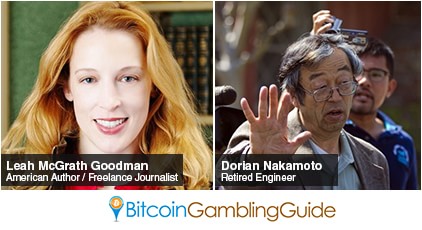 It is in the same year that everybody who cared about the history of cryptocurrency thought that the Satoshi puzzle was finally getting an answer. This was to happen in an investigative piece published as a cover story of a March issue of the Newsweek.

The article penned by Leah McGrath Goodman, American author and freelance journalist, claimed to have finally fixed a face on the name of the man behind the invention of the blockchain and consequently Bitcoin.

The person she identified was Dorian Nakamoto, a retired engineer. However, this turned out to be just another chapter in the mystery when he vehemently denied being Satoshi Nakamoto or knowing anything to do with Bitcoin. He later launched a lawsuit against the news magazine.

There have also been great stories in 2014. They range from big brands like Microsoft adding Bitcoin among their payment methods to a couple registering their marriage on the blockchain to be there for as long as the Internet is available.

As 2015 begins the question that is likely to be in the minds of many around the globe, especially enthusiast of Bitcoin is what the new year holds.

Is this the year when the cryptocurrency will make that final and major leap into the mainstream? Is it the year when numerous and favorable regulations are going to be witnessed around the world?

2015 is likely to be a continuation on many fronts

Or is this the year the Bitcoin price will collapse and see the last bit of Bitcoin as a viable currency, as prophesized by Martin Hutchinson in an article published by Reuters last month?

Of course, it is not easy for anyone to foretell exactly what lies ahead in the coming months. Nevertheless, just like with everything else, we can make assumptions and predictions based on what has happened in the past.

That means that we may be looking forward to more scandals, adoption by established brands, regulatory reaction from authorities, and increased awareness among the population—basically, a trend that extends from 2014.

Otherwise, we should wait and see!