This year marks the 12th year for the EGR Operator Awards. Slated for Nov. 28, it will be held at The Artillery Garden at the HAC in London. eGaming Review recently released a list of nominees, shortlisting the companies and operators that made a mark this year. In addition to the list, the site has started accepting votes for the Game of the Year.

The eGaming Review is one of the most respected magazines in the industry. In operation for more than a decade, eGaming Review has reported hard-hitting news and the latest trends in the market, making its reputation a solid one in the field of iGaming. Each year, the magazine rewards excellence in the field with its prestigious Operator Awards. Past winners have included giants like 888.com and William Hill.

One of the noticeable nominations is that of BitCasino.io. The Rising Star category of the EGR Operator Awards is supposed to be in recognition of its rapid growth, innovative approach, and operational excellence. 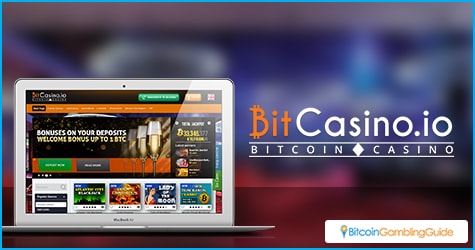 BitCasino.io made the cut, along with several other online gambling operators. This includes BetBright, Dunder, Ikibu Casino, Fanto, Hero Gaming, and Stride Gaming. In the past, the Rising Star award has been won by some well-known names like Lottoland, Casumo and Colossus Bets.

BitCasino.io’s Head of Marketing Tomas Toro has this to say about the nomination:

“We are thrilled to be on the shortlist for this respected award, and it shows the success we’ve had in the short time since our launch. To be nominated is a great honor, and great testament to the hard work of the Bitcasino.io team. We are looking forward to the awards in London next month.”

BitCasino.io currently offers its players over 1,000 different casino games. This includes titles from popular developers like GameArt, BetSoft, Evolution Gaming, Microgaming, NetEnt, Endorphina, and Pragmatic Play. Powered by the CoinGaming platform—like its sister site SportsBet.io—BitCasino.io has also proven itself an excellent destination for players because of its solid features and generous promos, becoming the sole Bitcoin-only gambling site nominated for this year’s awards.

The big news, though, is the Game of the Year category. Several games have managed to catch people’s interest this year and a few of them stand out from the other nominees. For example, there is the Grim Muerto slot from Play’n GO. Since its July launch, the game become one of Play’n GO’s most successful games. With its Mexican Halloween theme and great soundtrack, it has turned some heads. 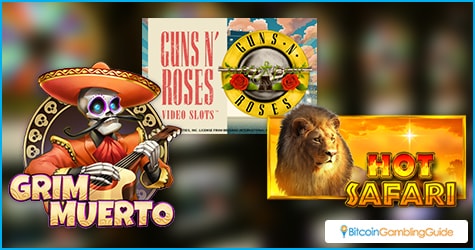 Another frontrunner is the Guns N Roses slot game from NetEnt. It is the company’s most successful branded game in 20 years and it shows. Rock and roll fans love the game with its great video and authentic sounds. Pragmatic Play has its own entry with the Hot Safari slot. With potential jackpots of up to 100,000x the stake, the game is pretty generous while also managing to show off the company’s skilled design.

These are just some of the games in the line to become the next EGR’s Game of the Year. These slots can also be played in the leading Bitcoin video casinos that host games from NetEnt, Play’n GO, and Pragmatic Play.