The Rio Olympics are looking to be a great success. With over 200 participating territories, this Olympics has drawn in over 11,000 world-class athletes for a sports spectacle like no other. However, it is almost halfway through and people are already looking toward the future.

One of the possibilities being looked at is who will be hosting the Olympics in the future. Not the next one because Tokyo has already successfully won the rights to host the 2020 Olympics. Everyone’s focus is on the probable host of the 2024 Olympics like the betting on Predictious, a Bitcoin prediction market. 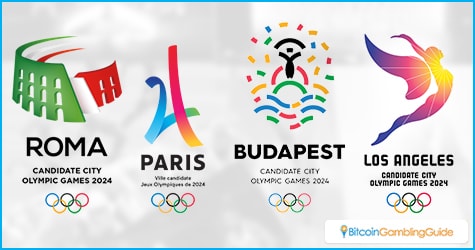 Other betting sites are also taking wagers. Several cities have made bids to host and the Olympic Committee has narrowed their choices down to a few candidates. The competition is fierce since the Olympics do not just raise a city’s profile but have the potential to increase revenue via increased tourism during the event itself.

Becoming the host for the Olympics is not an easy task for a city. A good example of this is the process that Rio went through to make Rio 2016 Olympics possible.

The Brazilian city made its first bid in 2007 and had to go through a rigorous two-year process that evaluated the various other cities bidding and comparing them against each other. The city was inspected and appraisals were done of its capacity to handle the Olympics. It only ended in 2009 when the Rio bid was confirmed.

Overall, there are three points that the Olympics committee looks at when selecting a host city. First, the city should be able to prove that it can handle the Olympic population. In Rio, the athletes alone numbered 11,000. They were followed by a huge number of support staff, journalists, and politicians. Tourists would also be coming. The city needs to have sufficient infrastructure, or be willing to build it, to handle their shelter, security, and comfort.

Next, the residents should also be in support of it. Finally, the city’s reputation needs to be considered People should be willing to come to the city for the Olympics. Meeting all of these satisfactorily gets a potential host an advantage, but the hosting bid can be quite competitive. 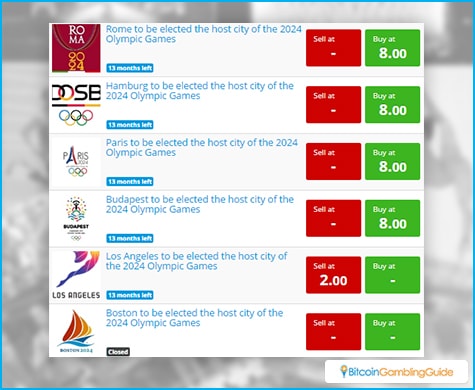 With all of these factors in mind, there are five cities that are competing for the bid. These are Rome, Budapest, Paris, Los Angeles, and Hamburg. The last candidate is still a bit murky since it has retracted its bid last year, but it can still catch up. Los Angeles and Paris have hosted the games two times already, while Rome has hosted it once. Budapest has never had the honor of hosting one.

Budapest and Los Angeles are the favorites to win since Rome and Paris have been recently having problems with the economy and security.

There is still time to wager. The Olympic Committee will decide next year on who will have the honor. It will be interesting to see the final results. Meanwhile, bettors can also check out the Olympic promos in Bitcoin gambling, as well as the Bitcoin slots launched for the Rio Olympics like Endorphina’s 2016 Gladiators slot.