Valentine’s Day is a perfect time to give four of Microgaming romantic slots. Microgaming’s Immortal Romance, Planet Exotica, Cashanova, and Secret Romance are a great way to celebrate the day of love.

These Valentine’s Day slots will have players go on exotic dates with intergalactic aliens, supernatural vampires, and a charismatic chicken. There are also delicious forbidden affairs to be had with these Bitcoin slots.

The Immortal Romance game is a five-reel slot with 243 pay lines. The slot is a mixture of the romantic and horror genre because the theme revolves around the four vampire characters. 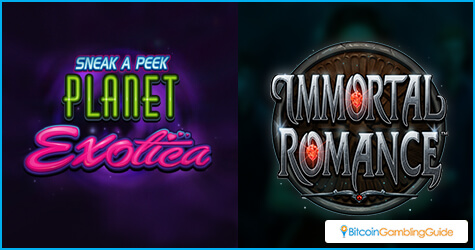 The Microgaming slot is the third game in the Sneak a Peek series. This slot features an intergalactic nightclub that has five alien strippers. To complement the theme, the game uses trance house music.  Planet Exotica is playable at the Mars Casino.

The draw of the game is its ‘Sneak a Peek’ feature that allows players to slowly ‘reveal’ the stripper’s body. In this feature, players will have 12 tiles to select from. To receive a cash prize and remove a stripper’s clothes, a player needs to reveal three similar symbols before he ends the bonus.

The classic Cashanova slot is a spinoff of the Henhouse Studio movie. The art in the game is homage to an artwork in the popular adult magazine. Cashanova is also available at Argo Casino.

There are two bonus games in Cashanova. The first is the Free Range bonus, which is the game’s free spin mode. In this mode, players are given a random amount of free spins, score multiplier, and a bonus amount. The main feature is the Barn game. 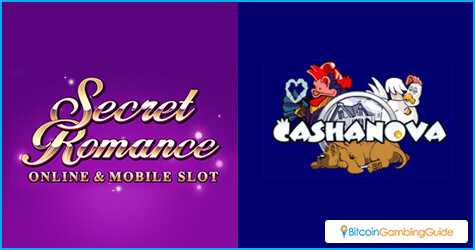 This game is a shell game where players select any of the hiding spots to reveal a prize, dog symbol, or gold key. Picking the dog will end the bonus game. Getting the gold key allow the players to take all of the prizes in the barn. This also entitles him to visit Henrietta where he can win another bonus prize.

The Secret Romance slot is a straightforward game that does not have any characters or settings. Instead, its theme is set around romantic forbidden affairs. Jackpot City Casino is where you can give this game a spin for Valentine’s Day.

The main base feature of Secret Romance is the Mystery Symbols, which are red envelopes. These symbols reveal or turn into any symbol on the game except a wild symbol. Every mystery symbol in the reel will turn into a single symbol only. A stack of Mystery Symbols in any of the reels can lead to a large payout.