AdBit changed its domain from AdBit.co to AdBit.biz effective Jan. 19. The transition came after a number of internal issues within the company. With this change, all advertisers, affiliates, and others who use the service can now process transactions with the company without the troubles that plagued the system for some time.

After the change, AdBit is still offering a very effective ad network through the use of blockchain. The online ad company’s service is open to companies that need a marketing solution or website owners who want to earn through advertisements.

AdBit completed the change of domain name to AdBit.biz about two weeks ago. AdBit advised its customers that Bitcoin withdrawals would be functional immediately after the AdBit domain change. With the Bitcoin withdrawals already up and running, this development fixes the major trouble that caused inconvenience to AdBit customers. 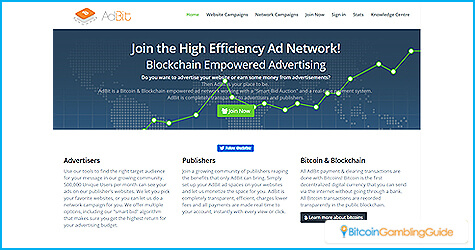 When it comes to depositing, customers should be able to deposit now. However, the company deactivated all previously generated deposit addresses until the system has successfully switched to the .biz domain.

After the switch, affiliates and publishers must make the changes. Publishers would need to change their script within the website from https://adbit.co/js/show_ads.js to https://adbit.biz/js/show_ads.js. Affiliates, on the other hand, would need to change their referral links to show AdBit.biz instead of AdBit.co. Advertisers and other users can simply update their bookmark to show AdBit.biz.

In the previous month, AdBit has gone through a number of issues. The company’s clients have been submitting a number of withdrawal problems in recent months. There was barely any response from AdBit’s customer support line as well. Even though the problem has gone on for a long time, BitRush Corp and AdBit’s directors, Hansjoerg Wagner and Karsten Arend, were not doing anything to fix the situation. 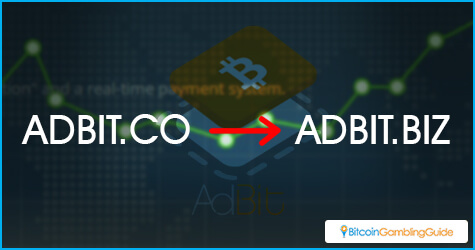 Hansjoerg Wagner has a long list of job positions in a number of businesses. He became a part of BitRush Corp’s Board of Directors in June 2016. Before joining BitRush, Karsten Arend was the Chief Strategy Officer of Atomic Water, Inc. He became the Director of BitRush on April 2016.

Despite the previous experiences of the two business managers of AdBit and BitRush, the two could not find a way to alleviate the problems that the company faced.  As a part AdBit’s solution to fixing the company, the company replaced the two.

AdBit is an ad space solution provider that makes use of the blockchain technology. The blockchain is the technology behind Bitcoin. This allows the AdBit team to create a ‘Smart Bit Auction’ service. Advertisers will bid against each other for ad space.

Publishers can benefit from this system by receiving their payments in real time. This is due to the company’s offering of Bitcoin withdrawals. AdBit’s service is transparent and has the lowest fees in the online advertising industry.

Any affiliates and advertisers, including those in Bitcoin gambling, can benefit from the services provided by AdBit.