Americas Cardroom is one of the top online poker sites that welcome US players. It has managed to become a very popular site in the online poker field for its excellent services and fun tournaments. It has also managed to keep innovating with products like Sit and Go 2.0 recently being offered to players. 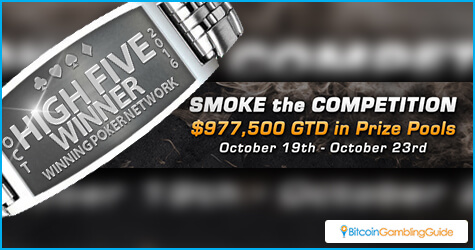 The High Five tournament series started off as a joke about “getting high,” but now the series is serious business. The tourney format is simple enough that anyone can easily understand the rules. For five consecutive days, Americas Cardroom will hold five tournaments daily. This is reference to the five in the tournament series’ name.

These tournaments have a wide variety, ranging from small buy-in tourneys to more expensive ones. They all have guaranteed prize pools. Players do not even have to buy-in via the tournament. There will be satellite events to allow for players to enter the main tournaments cheaply.

The High Five tournament series will have games for all types of players, with different poker tables available. There will be regular Texas Hold’em tournaments, but there are also exciting variations like Omaha, Mega Stacks, and more. There will also be the traditional 4:20 break during any running tourneys to give players a good breather. 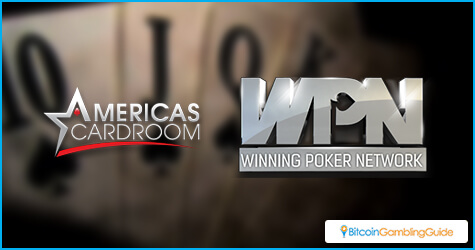 Since the first High Five series, the tournaments have solidly become more and more rewarding for players. There will be around $977,500 in guaranteed prize pools. The smallest guaranteed prize is around $2,000. The biggest one is for the main event, which is supposed to be a $420+$35 buy-in event. Americas Cardroom already offers daily Big 10 and Turbo 10 events, adding the High Five series means that there will be even more money to win every day.

However, the most attractive prize for this event is for the ultimate winner of the High Five Main Event. Winning a lot of money may seem like a good prize, but there is something to be said for bragging rights. The main event’s winning player will receive a silver bracelet in the tradition of the World Series of Poker engraved with the event’s name and their achievement. They can then show off exactly what they won to others. With all of the potential money up for grabs, along with the bragging rights, online Bitcoin poker players should enjoy participating in this event.