The World Series of Poker may have delayed its main event for November, but this does not mean that people will have a boring wait. There are dozens of poker events happening ranging from the Legends of Poker series to the Hard Rock Poker Series.

For those who cannot go to these events physically, online poker sites like Americas Cardroom offers their own versions of these tournaments. A prime example of this is the OSS Cub3d Promo that Americas Cardroom will be running.

OSS is short for Online Super Series. This refers to the high stakes tournaments that are the star of the promo. With a total guaranteed prize pool of around $4.5 million, this promo will run four weeks and have three tournament series running back-to-back. This includes the Mini Online Super Series which will last from Aug. 14 to Aug. 21. 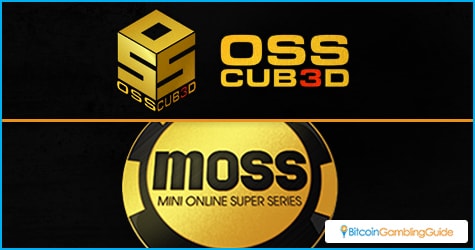 Its main event will be a $1,000,000 GTD Million Dollar Sundays tournament. The third Online Super Series follows directly after, lasting from Sept. 7 to Sept. 11. This is a high-roller tournament with large buy-ins and a $2,100 buy-in $500k GTD is its main event.

Americas Cardroom is offering players a chance to get involved in all the super series with its Cube3d promo. Any player depositing between Aug. 7 and Aug. 12 will have the chance to gain access to the four events in each super series.

Depositors can then join a special freeroll tournament on Aug. 13. The prize in this No Limit Hold’em freeroll will be 10 MOSS Passport packages. An additional package will be added for every 150 players above 1,760 participants.

More up for grabs

The initial attraction of the tournament series are the high cash prizes. However, Americas Cardroom is not limiting the prizes to cash. The first-ever OSS3 Champion will be getting a dream poker vacation along with their winnings. 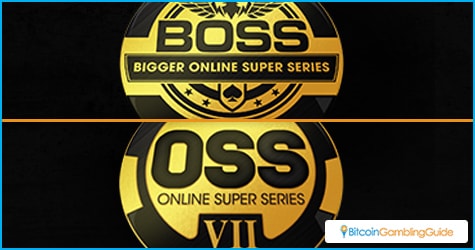 Players accumulate points as they play through the series and the top four players will take home an all-inclusive package valued at $4,900 to the 2016 Punta Cana Poker Classic. This is a $500,000 GTD live event which will take place at the luxurious Melia Caribe Hotel in the Dominican Republic from Oct. 25 to Oct. 31.

Players can also earn some bragging rights by earning an OSS3 bracelet. Made of sterling silver, Americas Cardroom will only ship them to the winners of one of the 3 Main Events or one of the top 4 players.