The Augmentors ICO sale is open to early adopters and backers of the first-ever blockchain-based augmented reality game. The crowdfunding sale allows anyone to buy characters and the game’s currency using Bitcoin.

The team behind the game already accomplished three significant milestones on the roadmap. This includes the release of the game’s demo and the pre-sale period of the Spells of Genesis assets. The next milestone on the map is the start of the alpha version of the game scheduled for this month, with the ICO starting on Jan. 30 and ending by the end of February. The end goal of the team is to release the alpha version at the end of April this year. 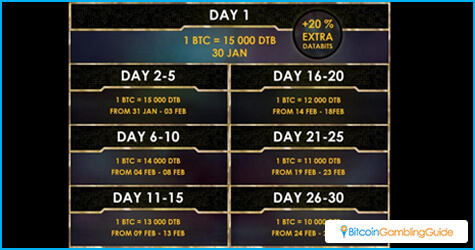 At the time of writing, the ICO already reached over 651 BTC, which is worth almost $680,000. Two hundred twenty five people already brought the pre-sale packages from the ICO.

People who are interested in funding the Bitcoin blockchain-based game can purchase DataBits or DTB through the Augmentors ICO. DataBits is the company’s unique cryptocurrency. Unlike Bitcoin and other cryptocurrencies, all DTB is already available. The company will not generate or mine more of the in-game currency. 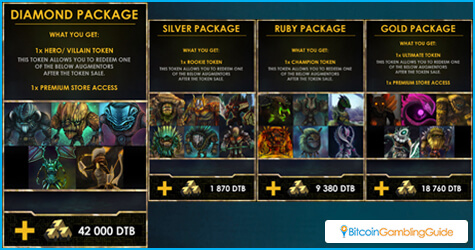 There are currently 100 million DTB available. Seventy percent of the cryptocurrency are available through the ICO. The rest will go through the promotion and development of the Augmentors. The team will delete or burn any unsold DTB after the ICO period.

The ICO has five different packages available for people who are looking to exchange DataBits with Bitcoin. Each package can give a backer one free Augmentor token and Databits. Backers can exchange the token to one character that matches the token’s level. The higher the value of the package, the more DataBits a player can get as well as a stronger character.

Only four packages are now available a week after the Augmentors ICO opened: the Silver Package, the Ruby Package, the Gold Package, and the Diamond Package. The Platinum Package is already sold out. The Silver Package sells for the smallest amount in Bitcoin and gives one rookie token and 1,870 DTB. The Diamond Package, on the other hand, gives one hero or villain token, an access to the premium store, and 42,000 DTB for 3 BTC.

Players in the Bitcoin gambling community who wish to experience a different kind of gaming entertainment can explore what Augmentors offer. The Augmentors ICO ends on Feb. 28.