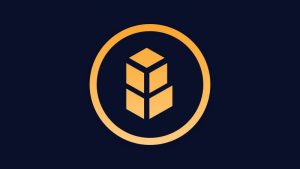 A cryptocurrency venture set up by Tim Draper, a famous investor, and venture capitalist, has recently become a part of the history as having the biggest ICO or initial coin offering. An ICO takes place when a new alternative in the digital currency domain become active and here, the blockchain project by the name of Bancor has managed to raise over $152 million in ether at that moment.

This was a part of the crowdsale that took place on the ethereum blockchain and the data shows that it has collected over 390,000 individual ether coins by the time the crowdsale has needed. In the moment of closing, the price of ETH showed that the exact amount of funds that have been gathered was set at $152.3 million.

The same process has been heralded by some as a new chapter of the massive appeal of digital currency which will soon easily surpass hundreds of millions of dollars on their ICO and most likely reach figures in their billions in a relatively short amount of time. But, at the same time, the same is an undiscovered territory so there are many questions related to the way this large-scale investment drives can continue to evolve in the years to come.

The money accumulated by the Bancor blockchain is so huge that it easily overcame the figure set by the ICO of the DAO, which later became notorious because of the breakdown in which it resulted. In this case, the Bancor network tokens, called BNTs were created and they numbered just below 80 million.

50% of the total token number was allocated for them to be sold to the public, while the other half was set aside for the future use. While the ICO took place there were almost 11,000 buyers and they completed over 15,000 different transactions.

During the same process, a single buyer bought almost 7 million BNTs which at that time were equal to an investment of $27. The figures alone are impressive, but there is a lot more to the Bancor initiative, which is why it managed to draw in such a huge amount of capital. While investments using bitcoin and into bitcoin are not uncommon, there has never been a similar event for the BTC network.

Bancor was launched in 2017 under the oversight of the Bprotocol Foundation and its main pitch was the fact that the same platform was made to allow users to launch their blockchain tokens with more ease. Now, with a wildly successful ICO, the blockchain system declared that the rest of the funds in BNT tokens will be used by the company for partnerships, public bounties, community grants and different project advisors.

However, it is Timothy Cook “Tim” Draper that initially attracted the attention of the potential token buyers. Draper is a US venture capital investor who during his career became involved with several companies and also educational institutions. His connection with digital currencies also goes back some time, being that he was the person who in 2014 purchased over 30,000 BTC that were seized by US authorities from the Silk Road marketplace.

At that point, the public was still unsure about the survival of bitcoin after the collapse of Mt. Gox but Draper did not share the same misgiving. In fact, like many people who use bitcoin and are interested in BTC gambling, Draper wagered a large sum in 2015 that the bitcoin network will quickly bounce from its slump. Now, his presence was able to reassure the investors who flocked to the Bancor network (to put it mildly).

The sale resulted in a level of disbelief in the blockchain community, with some calling the investment completely insane. Many stated that the funds that were gathered did not coincide with the actual capacity of the network to provide new abilities and features to the users.

The list of grievances also includes the fact that the Bancor Company itself put a strange focus on the investment levels as if trying to bait mainstream media in overblowing the whole process. For many, this hype was stoked by the Bancor management and to a part even exploited to overprice the ICO.

But, while this is definitely relevant to the entire event, the truth remains that a digital currency managed to attract this level of investment, even if it accomplished this by using exploitative tactics. Also, many experts warn that while there seems to be more sizzle than steak at this point, the network still has everything needed to truly deliver on its promises of improvements. This would provide it with the significant long-term value that might get drown out in the current super-hyped discourse.

Another fact that adds to this idea is the presence of Draper. While he might be inclined to go all-in into the process of promoting its venture, to a point of making some people uncomfortable with the narrative, his previous clarity on the bitcoin is uncountable. Believing that Bancor is nothing but hot air is simply unfounded at this point.

This incredible sale is not an isolated event. In the previous weeks, there have been initial coin offerings that have generated a lot of activity, providing the ICO model a lot of attention. Now, many see it as the primary course when it comes to the choice of methods used for project monetization and capitalization.

In this category, Brave, a startup blockchain-based browser managed to raise $35 in its ICO, while Ghosis, a prediction market based on ethereum managed to attain $12 in April of this year. Thanks to all of this, ICO model clearly became an alternative for the traditional venture capital rounds of funding, but many are not sure if the same frenzy taking place right now is a healthy addition to the process.

But, the presence of Draper, like other notable figures from the domain of finance and politics, is still a great indicator of the success of the blockchain community in expanding their reach. With prominent people like Draper, projects have substantially strong chance of making their mark on the blockchain domain.