Despite all the progress Bitcoin has attained throughout the years, security remains to be one of the most detrimental issues that users have to face each time they transact.

Cases of Bitcoin security breach involve hacks, extortion, and other criminal activities that constantly evolve along with the developments in the cryptocurrency technology.

These attacks and theft, however, are not limited to businesses operating on Bitcoin since numerous means to steal information and bitcoins are now employed to target individuals who simply use the digital currency for daily transactions.

Cyber criminals have a wide spectrum of tricks up their sleeves that certainly catch victims off-guard, and the recent incident involved a malware that led to a successful Bitcoin theft victimizing an avid RPG player. 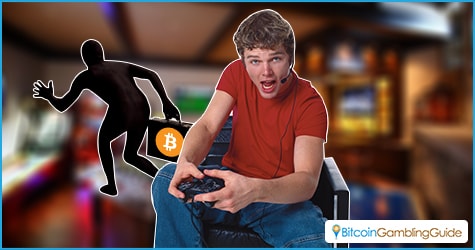 Similar to the Bitcoin gambling industry where platforms launch limited bonus offers and exclusive Bitcoin casino games, the mainstream gaming industry keeps the hype among its users through the release of new and anticipated games.

Amid the crowd of expecting gamers, one user, who also happens to be a Bitcoin user, thought that relying on pirated sources will bring his excitement to rest.

After illegally downloading Fallout 4 last Nov.11, the user, named Arkanoah on Reddit, suddenly noticed an unwarranted Bitcoin transfer worth 4.88 BTC from his Bitcoin wallet address, the recount of which was posted on the Bitcoin subreddit.

After examining the available details on the transaction log, speculations suggested that the original poster may have fallen victim to a pirated Fallout 4 copy that included a malware, which breached through the sensitive data and passwords on the computer, including those of his Bitcoin wallet.

Regardless of the rampant hacks and Bitcoin phishing emails that are happening within the cryptocurrency circle, users are still offered with a wide spectrum of safeguards that can ensure the safety of their Bitcoin funds.

In fact, some of the most effective protocols to protect Bitcoin funds are simple and require little to no effort. One of these is the segregation of Bitcoin funds in online and offline storages. 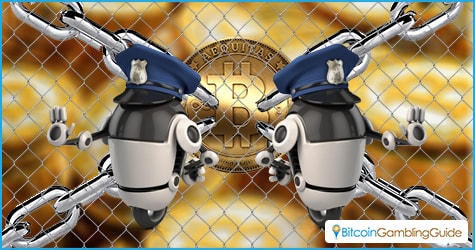 Users like Bitcoin gamblers who receive several payouts often amounting to large sums of bitcoins are advised to keep the bulk of their funds in an offline Bitcoin wallet. This should prevent anyone else from the internet to access their bitcoins without permission, which explains the increase in demand for Bitcoin hardware wallets.

Smaller Bitcoin decimals, on the other hand, can be kept in online wallets, which can be handy for everyday transactions. But it is also important to ensure that the web wallets being used are protected by effective security against all forms of Bitcoin threat.

General bitcoiners—the unfortunate pirate included—should also follow such setup in order to maximize the safety of their wallets and prevent unnoticed malware from causing damage to their financial and personal accounts.

Moreover, it is still best to stray away from shady and doubtful products and advertisements, regardless if it concerns Bitcoin or not.

Considering that online criminals are constantly developing their ways to victimize and take advantage of innocent users, smartly navigating through the cyberspace is still the best way to go.