eSports is now a big industry. Starting from humble beginning at the start of the Internet age, online gaming has managed to mature into a multi-million-dollar industry with potential revenue reaching the billion-dollar mark by 2019.

The competitive scene of the eSports industry is fueled by the many regional and international tournaments being organized. However, with all of the tournaments out there, it can be difficult to pinpoint which ones to watch out for. Some tournaments are not as exciting as others while others have a limited effect on the international eSports scene.

For those who are interested in eSports, here are some of the top eSports tournaments in the world. All of them are considered as good barometers of the eSports industry, showcasing the best teams out there and displaying exciting gameplay. Importantly, they offer great betting opportunities for those who want to start Bitcoin eSports betting. 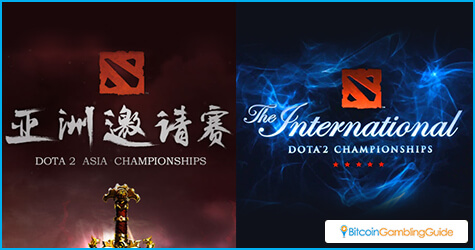 The International is currently the biggest eSports tournament in the world. Launched in 2011 by the Valve Corporation, it was released as a way to beta test and promote the company’s MOBA DotA 2. As the successor to the original MOBA, DotA 2 had a ready-made audience and it only increased with this stunning debut.

The prize package for the International has changed a lot from its initial $1.6 million pot. The 2016 edition had the prize pool reach more than $20 million, an impressive amount for an eSports tournament. The tournament was also intensely covered by various sports books like Nitrogen Sports, giving bettors a chance at a piece of the action.

Held in China, this DotA 2 tournament only debuted in 2015. Though it is one of the newest tournaments and only had a prize pool of around $3 million, it has become very popular. Aiming to be the Asian equivalent of the International, a lot of people have started calling it the Oriental. Around one million people watched this tournament on livestream and more are expected to watch in the future. BetEast.eu and other sports books will be sure to feature it in the future.

Smite is a MOBA that has quickly managed to become a decent competitor to the DotA 2 giant. Released in March 2014, it held its first world championship series in January 2015 in Atlanta, Georgia. The initial prize money was more than $2 million. With teams from North America, Europe, China, Brazil and Latin America, it showed off the healthy Smite competitive scene. As a result, sportsbooks like EGB routinely feature Smite events. 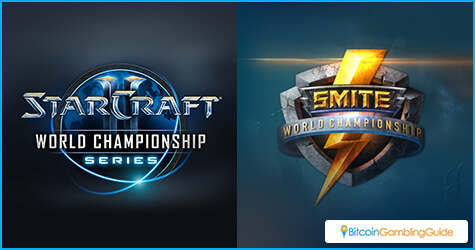 Sponsored by Intel and launched in 2007, this multi-game tournament series features games like StarCraft II, Counter-Strike: Global Offensive, Quake Live, Hearthstone: Heroes of Warcraft and League of Legends. With multiple legs and teams, it provides an excellent opportunity for sports betting. Betcoin.ag Sports features this event.