The online slot machine field can be a very competitive one. Software developers try to one-up each other with new features and fancy graphics. This is because the basic gameplay of a slot machine is always the same: players try to match up symbols by spinning the reels and winning combinations. Rehashing that formula across multiple games will have players bored. This is why developers try to spice things up with these new features.

One of the industry leaders in innovating is Betsoft. A well-known and trustworthy software developer, Betsoft has been in the online gambling for more than a decade, and it has managed to maintain a sizeable market share. This can be mostly laid at the feet of the solid game and visual design of the firm’s impressive Slots3 range of slot games.

The main claim to fame of the Slots3 range is its great use of cinematic 3D graphics. When people think of slots, they often think of a bland series of reels that spin in the standard manner. When a person plays any of the Betsoft Slots3 games, it is a different experience. Players are treated to a visual extravaganza as 3D animations ensure that they will not be just watching reels with symbols quickly pass by. 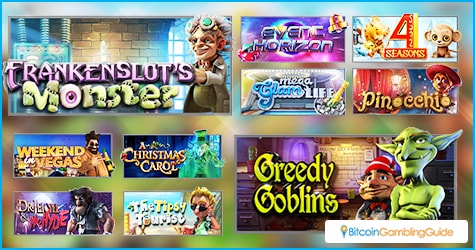 In the Slots3 favorite, The Christmas Carol, for example, the symbols are there but when they match, the animations kick in. Players will be treated to ghosts moving and symbols bursting out onto the screen. This is definitely more exciting than just seeing how much the player wins.

This trend of animating the screen continues in all of the Slot3 games. This includes a lot of great-looking and fun titles like the Mr. Vegas slot, The True Sheriff slot, Safari Sam slot, and Good Girl Bad Girl slot.

Other Slots3 titles are the Dr. Jekyll & Mr. Hyde slot, Boomanji slot, and many others. Despite the long list of high-definition themed slots, Betsoft continues to bring new additions this already formidable line-up. It is the avian-themed slot game titled Birds!

Birds! is a great progression of the Slots3 premise, with Betsoft clearly pushing the boundaries. Instead of spinning reels, Betsoft animates the individual birds flying in. Furthermore, when they match, the birds fly out and are replaced by new birds. This creates the possibility for more combinations. 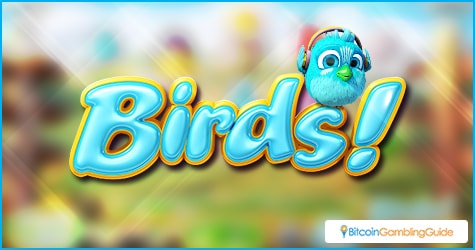 The combination is also pretty simple: all the player needs to do is to match three birds of the same plumage orthogonally. Every match adds to the flight meter and if the player ever gets four flights in a row, they activate a bonus game that can give them unlimited spins. Players can also double their winnings whenever they get lucky, by doubling down and doing a coin flip.

The game is impressive and is already available on Betchain Casino and LimoPlay. Other Betsoft partners like Ignition Casino and FortuneJack will most likely have it soon.