In the past, sports betting has been about physical sports. Horse races, basketball matches, and boxing bouts were the mainstay of the sports betting world, both online and offline. A new market is opening up, though. eSports is becoming big business and people are starting to see the potential for it as a betting venue.

Focused around online skill games, eSports covers a wide range of games, ranging from the cerebral yet fast-paced League of Legends games to the twitchy first-person shooters like Counterstrike. The eSports field has a lot of variety and it has served well in growing the industry.

The rise of eSports started back in the late 90s, when computer technology was starting to accelerate quickly. The spark that started the eSports fire was the refinement of Local Area Network technology. 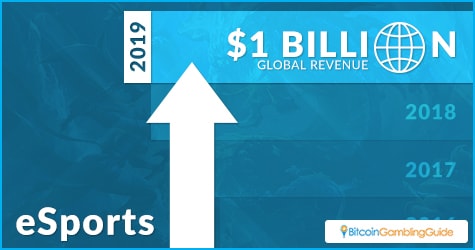 Local Area Networks allowed people to link up with other computers so that they could directly communicate. Although envisioned originally for office purposes, LANs also enabled LAN gaming. Players did not need to share PCs anymore to play games. All they needed to do was hook up their PC to the network and people could play together. In short order, LAN-based tournaments were becoming a familiar sight, especially with the popularity of Counterstrike, League of Legends, and Dota.

From these early LAN competitions emerged the first eSports teams. Though mostly popular in Korea, there was a significant eSports population in other parts of the globe. By 2000s, eSports was growing and the technology developed with it.

With the onset of high-speed Internet across the globe, the industry reached a critical mass and exploded. eSports were not limited to LAN networks anymore. The Internet was open, and it allowed a worldwide audience to exponentially grow.

The latest development in the eSports story is the formation of the eLeague. The biggest hurdle that eSports had to face was finding an audience. Online streaming became the solution, with millions watching games live. However, that limits it to a hardcore audience—although that audience is worldwide and numbers in millions, it is still a limited market.

This barrier is what the eLeague hopes to shatter. Organized like a professional sporting league, this tournament aims to be the NBA of eSports. The concept already has supporters. Turner Sports has committed to ten weeks of broadcast time and all on prime time. Based around the latest version of Counterstrike, Turner Broadcasting aims to show the series in 80 countries all over the world.

All of this is good news for online sports betting, especially Bitcoin eSports betting. With a formal game structure, it is easier for sportsbook makers to set up odds and monitor matches. This also means that with higher exposure, more people will want to be part of the betting action. 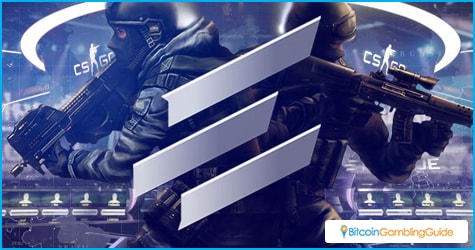 Bitcoin will benefit the most because the digital currency is ideal for making bets online. Quick and secure transactions are important, especially when betting on a game live. As eSports spread, more and more people will want to make wagers on these digital competitions.

The rise of Bitcoin eSports betting is already felt in today’s market as the Bitcoin sports betting sites now cover tournaments between players battling using virtual characters. Likewise, the popularity of eSports expands the potential of Bitcoin as a means to fuel the industry.

Bitcoin sports betting already captures a sizeable share of online bettors, but a more active and varied market is expected to be captivated by the fusion of Bitcoin and eSports.