Everyone was expecting for Nyquist to win the Triple Crown. This is the title for a horse winning the Kentucky Derby, the Preakness Stakes, and the Belmont Stakes which is the highest achievement a thoroughbred can get in the US. It was a reasonable assumption considering Nyquist’s race history. In all of the eight races it ran before Preakness, it was the clear winner.

The Triple Crown dream was ended this Saturday when Nyquist did not manage to finish first this time around. Exaggerator managed to win the Preakness Stakes, with Cherry Wine, a 17-1 favorite, being in second. Nyquist managed to get in as the third, a distant reflection of what was expected of the colt.

In hindsight, it is not surprising that Exaggerator managed to beat Nyquist. In the four races before Preakness where the two went head-to-head, Exaggerator has always been a beat behind. It seemed that all the horse needed was the right circumstances for it to shine. 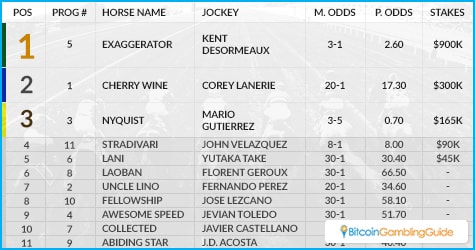 There were a couple of factors that could have contributed to the Exaggerator win. For one, the track was not exactly in the most ideal of conditions. With the rain pouring down, the Pimlico quickly became in racing parlance, a “sloppy” track. This meant that the ground was muddy and water-logged, which are not exactly prime condition for horses to run in. This should not have been enough to slow down Nyquist, though, but the race started with the favorite having to struggle hard to maintain a lead. Eventually, it tired out the horse enough for Exaggerator to pass it.

For those who placed a bet on Nyquist to win a Triple Crown, this was a rude awakening. There are good reasons that there was a 37-year drought between the last Triple Crown wins and it is not just about a single horse’s performance.

For sports bettors, though, this can be a good sign. Having a single horse being the constant winner removes the thrill of uncertainty found in gambling. It also affects the odds placed on the horses. With a clear favorite, betting odds will not swing around as a race approaches. Some people may like the certainty, but gamblers are not in it for the “sure win.”

Additionally, the rivalry between horses is a great story that bettors look in favor on. Though the Triple Crown fairytale may have gone away, the fact that Nyquist and Exaggerator have gone against each other on a regular basis should attract quite a bit of attention. The two horses will have another match in the upcoming Belmont Stakes this June 11. They are not the only horses coming back. Cherry Wine, who managed to get second place, is coming back with its good showing in Preakness improving its odds. 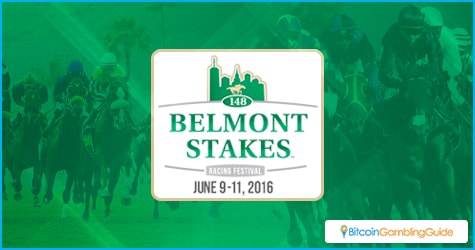 The dream may be over, but the Belmont is another race. It will be interesting to see its results once the odds and the bets pour in on legal online racebooks in the US, as well offshore Bitcoin sports betting sites that cover the Belmont Stakes.