BitCasino.io has become a solid online casino since it first launched. However, for the site to stay competitive in the online gambling market, it requires delivering a fresh experience to its players. To do so, BitCasino.io needs to offer new and exciting games to play and challenge its clientele, just like the new Pragmatic Play slots.

Based on the CoinGaming.io platform, BitCasino.io already features some of the best games out there, with offerings from industry leaders like NetEnt and Endorphina. The gambling site can add another big name to its list of game developers with the recent deal with Pragmatic Play, giving the online casino access to over 120 HTML5 slots. With this addition, it raises the BitCasino.io’s game library to include over a thousand games, some of them brand new. 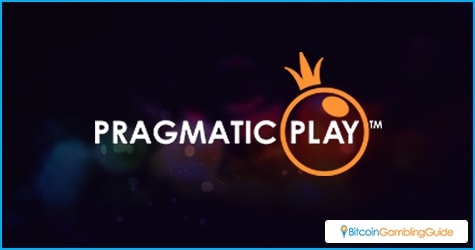 Both companies are pleased with the decision as BitCasino.io’s Head of Marketing Tomas Toro said:

“We are thrilled to be adding more than one hundred titles from Pragmatic Play to our online casino game portfolio. We believe the new games will be a big hit with our players in Europe, Asia and beyond, and will help bring new customers to our site.”

Pragmatic Play has several hit games that people enjoy playing. One example is the Lucky Dragons slot. An Oriental-themed slot, it has five reels and 50 pay lines for people to have a good chance of winning.

In this game, players take their chances on the reels showing the lucky dragons for them to win. It is also possible to win by matching up other lucky symbols like tigers, phoenixes, and more. The HTML5 platform allows the game to operate smoothly and give players a fun time.

Another game that is sure to catch player’s eyes is Beowulf. Based on the legendary Viking adventure, players will love the challenge this game presents. With five reels and 40 pay lines, it can give players good chances of winning.

With all Beowulf symbols appearing, the Super Respin feature activates and gives players a chance to win up to 100,000. There is also the basic respin feature that may not deliver as big a win, but can still potentially give players a good jackpot.

Yossi Barzely, Head of Business Development at Pragmatic Play, is excited and was quoted saying:

“We delighted Bitcasino.io has chosen to integrate our thrilling games into its innovative bitcoin platform. We are very proud of the games we have developed and launched, and believe they will be thoroughly enjoyed by their players.” 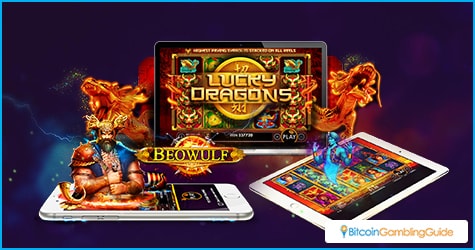 These two games are just two examples of what Pragmatic Play has to offer. With 120 new titles added to the game library filled with Bitcoin slots, BitCasino.io players will have a lot of fun. They are not the only ones to benefit, as the deal allows players on SportsBet.io to have access to the games as well.

With this update, players in Bitcoin casinos and sportsbooks that run on the CoinGaming platform now have an edge over their competitors. Pragmatic Play has always been one of the strong names in the business, and having its games join the BitCasino.io library puts the Bitcoin casino back once again to the radar of avid players.