With just a few weeks left before the year ends, the Bitcoin gambling industry still manages to surprise the iGaming sector with significant achievements monumental for the online gaming revolution. One of which is the continuous growth of online Bitcoin-only casino and sportsbook BitCasino.io.

Admired for being the world’s first legally licensed and regulated Bitcoin gambling platform, BitCasino.io has made a series of developments that propelled it to the top of today’s market.

The addition of top-notch Bitcoin casino games and the integration of a Bitcoin sportsbook were some of the casino’s highlights this year. But it proved to end 2015 on a high note with more remarkable achievements under its belt.

More than featuring a complete Bitcoin gambling experience, BitCasino.io is also proud to have already generated 100 million spins on its Bitcoin slots. 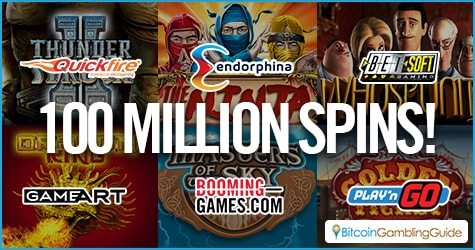 Provided by the renowned game content developers in the industry like Betsoft, Quickfire, Play’n Go, Betgames, GameArt, and Endorphina, the online slots on deck this Bitcoin casino are by all means entertaining and exciting.

According to a BitCasino.io representative, achieving the 100 million spin record on slots only goes to show that the Bitcoin gambling industry is gradually making it into the mainstream market, considering the high demand of Bitcoin games among users:

“We are delighted to reach this bitcoin casino industry milestone which further demonstrates the continuing global player demand for using bitcoins for gaming entertainment.  Our players not only seek the best discreet gaming experience with bitcoins, but they want to play as many quality games as possible.”

This is further complemented by the addition of 30 new games created by Booming-Games. The integration of the latest titles from another exceptional game provider pushes the casino’s game library to have more than 800 games.

“We have expanded our gaming portfolio with 30 new games this month to exceed these player demands, which includes German engineered games from Booming-Games, and we, therefore, look forward to breaking more bitcoin casino industry milestones in the near future.”

BitCasino.io also continues to prove its market dominance through its high-caliber services unlike any other.

Apart from the Booming-Games integration, the very first online slot game about Bitcoin is now also on board this casino. The Satoshi’s Secret slot produced by Endorphina adds more flavor and variety to the slot gaming experience. 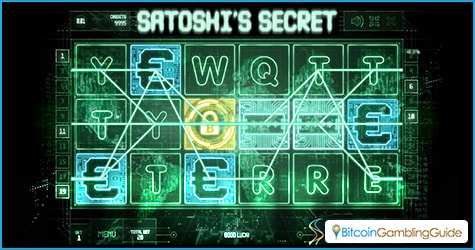 In conjunction with this latest release, 20 games on BitCasino.io, which include Quickfire and GameArt games, have been optimized for mobile gaming.

Considering the constant upgrades and expansions conducted by various Bitcoin casino and gambling sites—BitCasino.io included—it is evident that the demand for Bitcoin gaming is not only caged within the cryptocurrency circle.

Therefore, despite the unfailing efforts of Bitcoin doubters, the cryptocurrency is undeniably making its way into the consciousness of the mainstream market. It will not take long for the Bitcoin gambling market to be revered as one of the conventional modes of entertainment in today’s society.