The Russian government has always had the reputation of being a lot more hardline than its Western counterparts. This has often stifled some industries that tend to occupy the gray area of the law. Two examples of this are Bitcoin and gambling.

Although the two are often connected, the pressure on them stems from separate causes and has resulted in a rather combative relationship for both. This puts a big damper on Bitcoin gambling in the Russian part of the Internet.

Russia has always been leery of gambling. This can be seen in the heavy fees it places on the existing gambling infrastructure. A Russian gambling operator usually has to pay around ₽7,000 for each point of sale they have, while casino operators have to pay ₽7,500 for each slot machine and ₽125,000 for a gaming table. 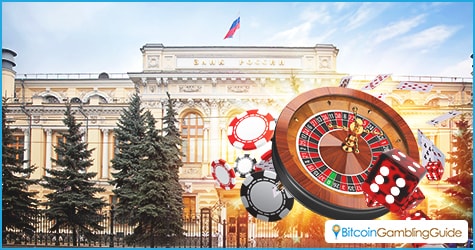 There are even rumblings of these getting higher, with some officials saying a tenfold increase would be appropriate, with a new 10-percent tax on online sports betting thrown in. As can be expected many legal operators are up in arms about this development. The Russian gambling community has already taken a hit when the government IP-blocked a lot of gambling sites for operating without official approval.

Russia and Bitcoin have a more argumentative history. In Bitcoin’s early years, the cryptocurrency was safely below the radar. This all changed when Bitcoin hit the big-time two years ago. This was when the government started to try regulating Bitcoin.

Much of Russia’s concern about Bitcoin is focused on how much of a destabilizing factor it is. Bitcoin’s low fees and easy use can result in capital flowing out of the country. Additionally, security concerns are another factor.

The government’s response is rather telling. There have been various laws drawn up about Bitcoin with results ranging from banning cryptocurrencies to having Bitcoin users imprisoned. It got so bad that Bitstamp, a popular European Bitcoin exchange, stopped servicing the country.

A light at the end of the tunnel

Fortunately, there are some signs that the administration is softening its stance to both. For instance, there are rumors that online poker will soon become legalized in the country. This is a surprising contrast to the US response, which closed down many of the poker sites across its states.  Furthermore, the government recently released its first license for online betting. 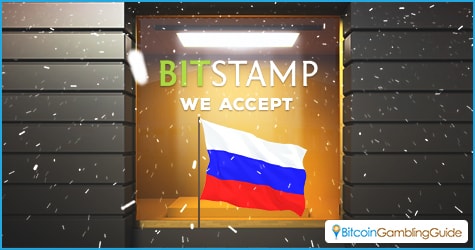 In the Bitcoin sphere, the cryptocurrency has found allies in the Duma, the country’s legislative body. Pro-Bitcoin regulatory laws are in the pipeline and many are optimistic. This has even resulted in Bitstamp opening its doors once again to Russians. Plus, the blockchain technology behind Bitcoin is being investigated by the Russian central bank for future use.

What do these changes mean? It is hard to predict the future, but it is possible that Bitcoin and online gambling have a bright future ahead of them in Russia.

For now, there are certain Bitcoin casinos that cater to native Russian speakers. FortuneJack, BTC-Casino.io, and Vulkano Games are some of the sites whose platform is also optimized for the convenience of Russian players.