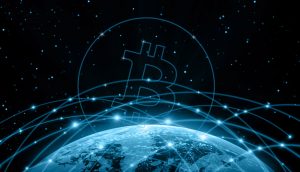 It is safe to say that in the short-term at least, bitcoin has not been dealt a blow by the recent forking event that brought about the creation of bitcoin cash. Just several days after this occurred, the digital currency has managed to break its price record and attain a value of over $3,300 for a single bitcoin.

At this moment, the upward swing is continuing and there is a chance that the BTC is will go pass this mark to $3,400 or maybe even beyond in the upcoming hours. As traders use the opportunity to gain further profits and the mainstream media covers the success, there is a lingering question on the minds of the bitcoin community members – what is the bitcoin ecosystem going to look like in the upcoming months, now that bitcoin cash has been established.

There is no easy answer to this multi-faceted question, but here are some of the most important factors related to the dilemma. Also, here are the threads that connect these factors and the potential ways they could interact with each other in the near future.

The confidence that the traders and investors had in BTC has not disappeared after the forking took place – the rise in the price and the lack of any dramatic fall during the actual forking are a testament to the same idea. Before the forking, it was easy to envision at least a temporary instability once this never-seen-before event in the bitcoin blockchain took place.

At the same time, many analysts warned about the potential for much wider instability or even a full-on crash of the BTC price. The same crash would be spurred on by investors taking out their funds for safety reason and thus pulling down the value in the classic sell-off manner.

But, once the forking began to take place and the birth of bitcoin cash was ongoing, the price of BTC remained steady and level, even witnessing a short burst in value. All of this means that the price and the market confidence in BTC is going nowhere related to the launch of bitcoin cash.

Aside from the price, the overall value of BTC market cap is also a regularly-cited factor of network stability and strength. With the start of 2017, it became exceedingly important as many realized that the overall market cap not only of bitcoin, but other cryptocurrencies as well. Ether is one of the best examples of a digital currency which rose in a spectacular fashion alongside with bitcoin and which has the capacity of at one point taking over the leadership position in this regard.

Now, the most recent rise of the BTC price has also boosted the market capitalization that went over the $50 billion mark. This has been the first time ever the market cap reached this level. Now, it stands at over $52 billion, mimicking the growth in price.

There is no reason not to believe that it can act in the same manner as the price in the short term. If one of these rises, there is a certainty that the other one will follow as well.

According to the mainstream media, one of the main reasons why BTC value and market cap are rising can be found in the simple fact that it did not collapse once the BCC came about. However, the same statement underlines the fact that most outside of the digital currency domain have a limited knowledge of it and its procedures.

BCC and BTC are not on a warpath and there is no reason for assuming a zero-sum game here. A simpler way to perceive BCC was to paint it as just another digital currency that is getting its launch. After all, the small minority of miners who took on the new code never had any chance (or intent) to disturb the basic BTC code and the way it is run after the SegWit2x modification.

There is no rivalry or competition between the two digital currencies, aside from the one being imagined by those who are poorly informed about the topic. This is why BCC has no power to disrupt BTC nor do the people who support it want anything like this, regardless how the sailing debate heated got over the past years.

When it comes to the future of BTC price, ethereum network could work as a good example. The network, aside from being a digital currency in its own right, is also a provider of smart contract features that others can use for a range of purposes. This way, it offers a unique option on the digital currency market – aside from being used like bitcoin for gambling online and many other things, it can be embedded as a part of new systems of record keeping and record tracking.

At the moment of its launch, the price of individual ETH tokens was measured in single USD and the situation stayed the same for a range of months. But then, with the big expansion of the BTC price, the ETH also started to climb. Now, it is the second most popular network and its future growth is certain.

As both grow using their own dynamics (ETH fell by almost 40% several weeks ago while BTC kept going strong) there is no interference between the two or not sense of splitting the same market cap that can go either to one network or the other. If they are successful, both networks will grow and if one or both is failing, their market caps will falter and fall.