Bingo has been around for a long time now. The staple of many school fairs and church festivities, a lot of people think of bingo as a common game. However, bingo is actually one of the most popular gambling games out there, near to lotteries and slot games. The game’s prevalence and simplicity makes it very well-known and has earned it a lot of fans, especially with the rise of Bitcoin bingo.

This popularity means that bingo is one of the many games that have been updated for online play. People who need to scratch that bingo itch only need to open their nearest browser and point it to an online bingo site. The main mechanic by which sites work is that players buy bingo cards and the draws are automated. The rules stay the same while a lot of the hassle is done away with. Updating the game to Bitcoin is much easier. It is just the means of payment that changes, with bitcoins paying for the bingo cards. There are several advantages to using Bitcoin for bingo. 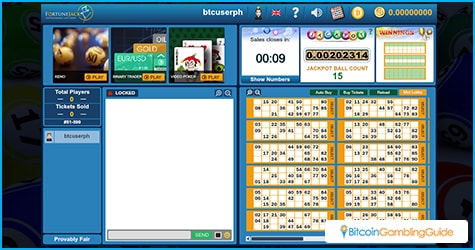 First, since Bitcoin crosses borders easily, there are no regional restrictions on it. This means that anyone can play from any part of the world. Online bingo sites that do not use Bitcoin often have to restrict players if they are outside of a particular jurisdiction. Another advantage to using Bitcoin is the anonymity that it grants. Most online transactions require people to give their names and more. Bitcoin only requires a player’s wallet address to process payments and withdrawals.

Bitcoin is also useful for its transaction features. Bitcoin transactions are done pretty quickly, even for payouts. There are also no commissions or fees to the third-party. Normal transactions would normally be charged a commission by a bank. Finally, Bitcoin ensures transparency. All Bitcoin transactions are processed publicly, which means it will be hard to be defrauded while playing at Bitcoin bingo sites. Players can be assured that they will get their winnings if they win. 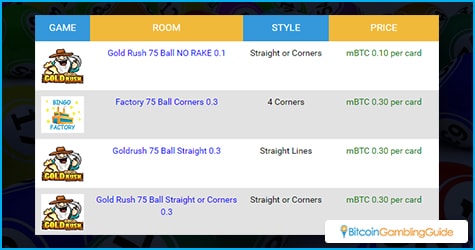 There are a couple of good Bitcoin bingo sites out there. For example, there is FortuneJack Casino. As one of the many games found on the site, Bitcoin bingo at FortuneJack can only be accessed after a player has made an account. The game itself is very basic, but is very well-made. Players can be sure of a great time playing the game at FortuneJack.

BitBingo.io is another Bitcoin bingo site. Unlike the game at FortuneJack, though, there are many options available. People can pick from a variety of bingo games available at the site. There are often dozens ready to be played. The main differences between them are how fast the new numbers are drawn. Some are drawn every four hours, while others wait for the whole day.

With the variety available, Bitcoin bingo can be a good time for many people who are looking for other means of gambling entertainment online.