It has become quite clear in recent times the recent Bitcoin block size debate is creating a divide between community members. Moreover, this ongoing discussion has affected merchants and exchanges as well, as there are those in support of Bitcoin Core and others who prefer Bitcoin Classic. Even though Bitcoin Core still has most of the support, various mining pools have switched over to Bitcoin Classic in recent times.

The tale of two Bitcoin solutions

While it is commendable to see two different approaches to achieving the same goal, Bitcoin Core support seems to be slipping. Based on the current number of active nodes on the network, less than 70 percent of them are running Bitcoin Core software, as a significant amount of people have switched over to Bitcoin Classic. However, the latter one will need to reach a 75-percent network majority consensus before activating, and there is still a very long way to go. 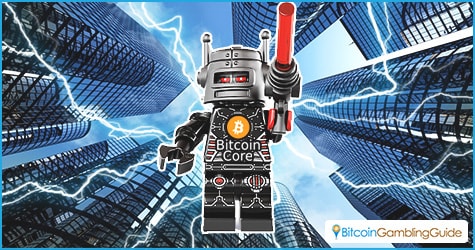 There is still time for either solution to gain more support, though. Bitcoin Classic developers propose a hard fork of the code, which could take place at any given time if needed. The Bitcoin Core team, on the other hand, has a clear roadmap, which will introduce Segregated Witness somewhere in April this year—as a soft fork—and effectively increase the block size to 2MB.

But that is not all, as the Bitcoin Core roadmap includes future protocol development, which includes a hard fork within three months after Segregated Witness has been released. As a result of this hard fork, the block size could be increased to as much as 4MB, although no official size has been announced just yet.

During the time this block size debate has been taking place, there has been a lot of focus on the mining pool operators. More recently, some of these pools have opened up the debate to individual miners, who can weigh in on whether they support Bitcoin Core or Bitcoin Classic. But hardly anyone seems to consider what might happen to the Bitcoin exchange sector and Bitcoin wallet providers in existence today.

Based on the information found on the Bitcoin Classic website, the proposal is supported by a large list of Bitcoin exchanges and prominent companies active in the digital currency space. Assuming the Bitcoin Core proposal cannot prevent a majority consensus for Bitcoin Classic supporters, all of these individuals and companies like Coinbase will be switching over to the new solution. 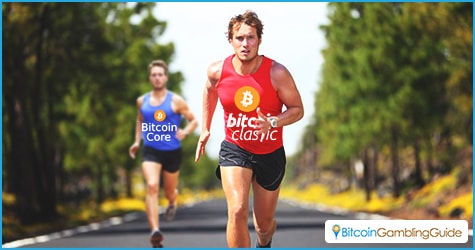 But at the same time, there is a large list of companies who are supporting Bitcoin Core. BitPay, the world’s largest Bitcoin payment processor, seems to stick with Bitcoin Core for now, although they released a forked version of the code not too long ago.  Moreover, most of the Bitcoin wallet providers—except Xapo, and Blockchain.info—are either undecided or in favor of Bitcoin Core.

In the end, there can only be one Bitcoin, and one valid blockchain with one valid software solution. It is too early to tell whether Bitcoin Core or Bitcoin Classic will come out on top, but a firm direction has to be decided upon sooner rather than later. Support for Classic is growing, and their roadmap is looking quite interesting. But at the same time, convincing people to switch over from Bitcoin Core will be very difficult.