Daily fantasy sports is undergoing a boom time right now. With high-profile brands like FanDuel and DraftKings driving its popularity, fantasy sports is experiencing a growth unmatched since it was first conceived in the 80s. With people getting more into the fantasy sports action, it can seem a bit familiar.

In the early 2000s, online poker faced a similar boom. People were entranced by the World Series of Poker and the great amounts that people were winning. Poker celebrities were being recognized on TV and online poker sites had a booming membership. Suddenly, it all ended. Some of it can be blamed on the US government’s crackdown on the poker sites, but the boom was already tapering off.

The closing of some poker sites just accelerated the process. Online poker is still a big business, but it is not as huge as it could have been, at least in the US. If daily fantasy sports is to keep itself on top amid the similar legal restrictions, there are several lessons it has to learn from how online poker managed to survive what would have been its end. 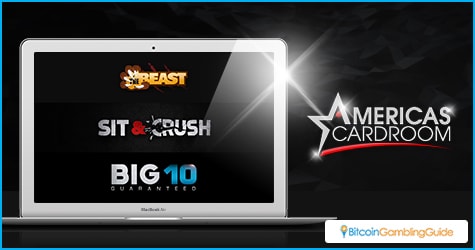 Lessons from the online poker success

Learning how to keep the sharks on a leash is a must-do for daily fantasy sports sites. In any game of skill, there will be people who manage to develop skills that make them superior to other players. ‘Sharks,’ as these people are called, make their living by beating unskilled players. This was a big problem for online poker, because with sharks around, people inevitably stopped playing—they just did not like losing again and again.

Normally, defeat would sometimes encourage people to try and do better. With money on the line, though, people were more likely to cut their losses. Daily fantasy sports is just like poker when it comes to sharks. If the operators do nothing, players might also give up in the long run.

Another problem that surfaced for online poker is the market itself. Online poker had a giant that overshadowed everyone in the market: Pokerstars. People always signed up with the biggest poker site around and reduced the field of competition to dust. In daily fantasy sports, the two giants, which are FanDuel and DraftKings, are occupying that position. The problem with a monopoly is that people will have no other choices than the big companies, which will feed them directly to the sharks. This also contributes to a weaker player population. 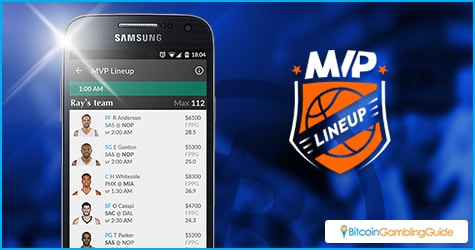 How Bitcoin completes the equation

Secondly, Bitcoin fantasy sports sites give the market a shot in the arm. There are a lot of small Bitcoin gambling sites around and they have managed to survive quite well. This may be the same for fantasy sports sites, which gives people reasonable alternatives to the big players on the field. Take for instance the case of Bitcoin poker. Several poker sites accepting the cryptocurrency enjoy quite a sizeable following, especially with the series of poker tournaments on board.