The past weeks were filled with notable improvements beneficial to the growth of Bitcoin. While it is less likely to overlook unfortunate events like the Coin.mx shut down, focusing on the brighter side proves to be more reasonable, especially with the incidents that point toward the achievable success of the cryptocurrency like the coin’s increasing value.

The struggle of the Bitcoin price to regain its momentum up the charts is not a secret. Breaking past the $300-mark was a challenge the digital currency barely surpassed. However, recent values indicate an optimistic future for Bitcoin as it slowly inches closer to reaching or even exceeding $300.

Within a month, the Bitcoin price jumped almost $50, resulting in outcomes favorable not just to bitcoiners, but also to the entire ecosystem. Although it is too early to say that this spike will extend for a longer time, such improvement is reason enough to celebrate. After all, this trend might continue now that other Bitcoin markets hint further developments. 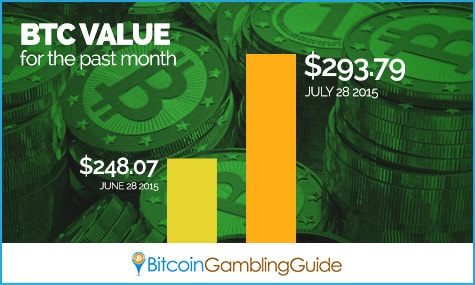 Can Bitcoin claim its rightful throne?

Years back, some financial analysts have already expressed their concerns regarding the possibility of the fall of the US dollar. The fiat currency will eventually lose its empire, and Bitcoin is perceived to ascend and secure the vacated post.

This is bound to happen by year 2030, according to the tweet of Coinbase CEO Brian Armstrong:

“Many will find this crazy, but I think bitcoin could surpass the dollar as reserve currency within 10-15 years.”

While this claim may raise eyebrows, Armstrong is confident that Bitcoin will succeed, especially through the efforts, services, and support his company provides like the first US-regulated Coinbase exchange.

This mindset, however, is not backed by evidence, but one that could truly hint of a stronger support for the digital currency is the reported inclusion of Bitcoin to BNP Paribas’ system, the largest bank in France.

No concrete details about the bank’s possible integration of Bitcoin have been made public yet, but this already reflects the innovative appeal of the cryptocurrency, including that future of the blockchain technology. 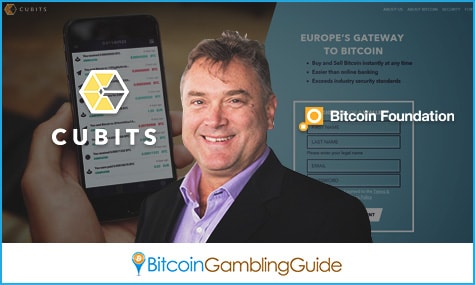 Cubits, a Bitcoin services provider that promises instant exchange, continues to make a name in the industry. After partnering with SoftSwiss, a leading Bitcoin casino software and solutions provider, it steps up in delivering spot-on services mainly to European customers and those in other countries except the US.

Other than its ability to accept 17 currencies from across the globe, Cubits also prides itself on the fast conversions that other Bitcoin exchanges fail to offer. It also takes on the vital role of providing alternative means for people to take control of their funds.

Meanwhile, the overall Cubits experience is bound to improve in the following months or years since former Bitcoin Foundation Executive Director Jon Matonis has recently joined the said company.

“We are thrilled to welcome Jon Matonis to our board at this time of extraordinary growth. We share a vision for the future of blockchain-based financial industries and Jon’s experience and insight will be invaluable to the success of our team.”

With such developments in Bitcoin, clients of Cubits are guaranteed to be in for a great ride. Given that the Bitcoin casino market is one of its beneficiaries, specifically the SoftSwiss-powered Bitcoin casinos and gambling sites, even the beginners can already be assured of convenience and security amid the stability and inevitable growth of Bitcoin.