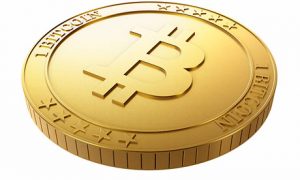 Recently, bitcoin has managed to break through another record and set its price at an astonishing $5000 for a single coin. The same price is fivefold the value that the same digital currency possessed on the first day of 2017.

The growth both in terms of the direct price of a coin and the market cap is simply astonishing even to those who know the same domain inside and out. The swing upward seems to be generated by a multitude of factors, all of which end up providing the cryptocurrency with a strong and more importantly, constant tailwind.

As the same wind is pushing the price of BTC into even new territory in terms of value, there are growing voices stating their concern that the bitcoin digital currency is a bubble that is about to burst at any moment. However, how much is the same based on reality and how much is it ignorance combined with the plain logic that nothing in the world can attain this level of growth in a sustainable manner? Here are some of the main issues and talking points when it comes to the idea that BTC is a bubble.

There are two main analogies that are thrown around when the bitcoin setup is being discussed. The first one is the Tulip craze that took place in the Netherlands several centuries ago and the second one is the Dotcom bubble of the late 1990s. Both come with a range of problems for anyone who wishes to apply them to the particular issue of BTC value growth, aside from the fact that all three include relatively novel elements on the market which suddenly became very popular with the users. However, there are some key differences that do not apply in the case of not only BTC but overall digital currencies.

Probably the more interesting of the two, the name applies to the particular moment in the history of the Netherlands, more precisely, an economic craze that took place during the Dutch Golden Age. In this period, the price of the tulip bulbs of particular strains reached incredible levels. The same was spurred by something which is today referred to as the Dutch Miracle, in which the new country, which had recently freed itself from the Spanish occupation, managed to become a global economic force.

In the same period, tulips, a national flower, because a sought-after commodity and not long after, the bulbs of the same species became exceedingly valuable. The manic part begins with the astronomical climb in the price of particular bulbs, which soon became a commodity onto their own, which was bought, should and generally traded in a manner similar to the stock market. At one point, the trend became unsustainable and the market for tulip bulbs collapsed.

For many, it is easy to perceive bitcoin, which can be used for anything from purchases to visiting online BTC casinos, as a new tulip craze. The problem is that the actual tulip mania did not take place as described – the drop in the demand in the neighboring Germany brought down the prices, equating tulip bulbs to any other physical commodity.

The difference is that the BTC or any other digital currency employs a global market where no single nation, including the most relevant like the United States or China, can shake the price of a digital currency to its knees. While certainly there is a huge potential for price volatility, the concept of a shock to the market becoming a blockchain network-killing event is simply unrealistic.

The second analogy includes the notion of the Dotcom bubble of the late 1990’s where many individuals lost money they invested in stocks of some new and overpriced .com ventures. At that moment, websites were a fresh addition to the World Wide Web and many believed (completely correctly) that these will be exceedingly important in the coming decades.

The same individuals were not wrong, but the timing was – the prices rose and rose until they collapsed and the same led to financial ruin for many of these ventures. Being that it is a more recent occurrence, people, including veteran financial analysts, regularly state that they see the prices of digital currencies having the same setup as the one which took down the Dotcom craze.

But, digital currencies are not the stock market asset or companies that have more or less viable business plan. They are self-replicating entities operating on one of the most important IT advancement in the last 30 years – the ability to dislocate database on P2P shared networks without any central node or command element, aside from the source code which all have access to.

A price drop in one or more currencies has already occurred and the networks dropped in value, some more than once. But the same has not equated itself into the same situation that would occur on the stock market – a digital currency cannot “go under” as long as it has users who employ the same code. In other words, a digital currency is safe from the decimation that stock-traded companies face in the event of a big price drop.

The Most Important Source of Bitcoin Support

Finally, the basic thread in all of these analogies is the fact that for most people, bitcoin represents nothing – tulip mania had tulips, dotcom bubble had websites and companies, but digital currencies have only information, nothing more.

The same concept is faulty because any digital currency does have an underlying support structure (a value on which it is basing itself) – its miners, rigs, and everyone else who is using the blockchain of a particular digital currency. In this regard, the best way to perceive BTC is to see it as a representation of the energy being expended into its hashing tasks.

The only risk for any of these cryptocurrency lies in the possibility of miners deciding that they stand to generate bigger profits with some other network. Because of this, the blockchain digital currencies are not the tulip mania or the dotcom bubble – the same differences are what allow them to keep going strong even if their price often oscillates wildly.