As the US and European countries anticipate Bitcoin’s breakthrough on the mainstream markets, China patiently watches the cryptocurrencies shape new industries on its soil, thereby making the Asian giant a chief player in the promotion and adoption of Bitcoin.

Unlike in other nations, however, where Bitcoin primarily functions as the key alternative to the conventional payment schemes, China finds itself making use of the digital currency in other sectors. This puts Bitcoin in China in a position that is far more advanced and mainstream.

Likewise, this pushes Bitcoin growth to the right direction, despite the devaluation of the Chinese yuan, which, according to Bitcoin analysts and followers, does not necessarily result in a wider acceptance of Bitcoin in the country.

China may not be proactive in using Bitcoin as a form of payment, but it recognizes the opportunities Bitcoin provides in other sectors like mining and trading.

More than 80 percent of the bulk of Bitcoin transactions and conversions take place in the Chinese Bitcoin market, which is significantly defined by the flourishing sectors evident in the increasing number of mining services and online exchanges. 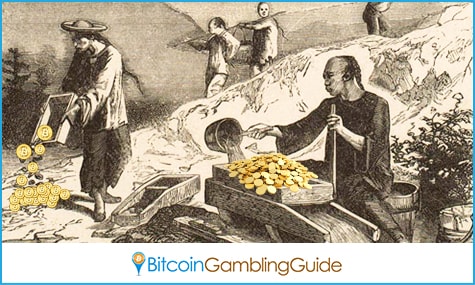 Focusing on the Bitcoin exchange markets, an average bitcoiner will realize that China has some of the largest online exchanges in operation until today. BTCChina, OKCoin, and Huobi are only some of the big names that provide trading services directed toward simple but revolutionary methods of converting USD, CNY and BTC.

The warm reception for these Bitcoin services is reflected by the increasing number of population who believe that this digital currency plays or will assume a significant role in the future’s economy, if not at present.

This is not far from happening because Bitcoin, being the first cryptocurrency, features distinct characteristics that prove to be beneficial to several parties, be they merchants or consumers. Its anonymous nature, transparent network, and speedy payment transactions make it an ideal safety net in the event the fiat currencies collapse.

What hinders full integration of Bitcoin?

Although the successful Bitcoin mining and trading sectors are worthy of the praise from Bitcoin supporters across the globe, using the digital currency for daily purchases would tremendously uplift the reputation of Bitcoin as a reliable, secure, and innovative payment system.

Unfortunately, pushing for Bitcoin to improve its popularity as a payment method is challenged by the negative perceptions of certain types of individuals and media institutions toward the digital currency.

This is further heightened by the controversies and scandals both within and outside China. For instance, the MyCoin investment scam largely put a dent on Bitcoin’s reputation while the untoward incidents like the Mt. Gox collapse, Silk Road fiasco, and other forms of hacking and cyber threats intensified the reasons Chinese consumers would be reluctant to use Bitcoin for everyday expenses. 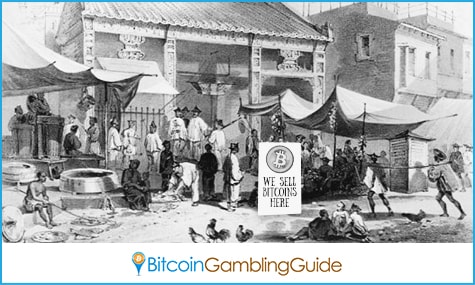 Repercussions on other Bitcoin markets

The bad reputation Bitcoin has earned over time takes a toll on other sectors, including the Bitcoin gambling niche. The strict policies China has toward gambling are reasons enough for betting with bitcoins to encounter barriers in adoption, even more so with the series of incidents that put Bitcoin in a negative light.

Nevertheless, not all hope is gone as Bitcoin continues to find its rightful place on the Chinese markets. What the online gambling enthusiasts can do for now, however, is to anticipate the acceptance of Bitcoin as a legitimate mode of payment. In this way, it can be used to wager on the several Bitcoin gambling sites available online, similar to how Hong Kong gambling functions today.

This is not an impossible dream, but going past the strict laws, as mentioned earlier, remains to be an uphill battle. Until then, China will be known as the country that promoted Bitcoin mining and trading.