The past week has been an exciting time for those who have put their trust in Bitcoin, especially with the recent spike in the cryptocurrency price. There were hints earlier in the week as Bitcoin started a slow but constant movement upwards. People assumed it was just a normal Bitcoin price flux, where the price would eventually go down.

When Friday arrived, though, people had stopped believing that as Bitcoin prices started climbing fast. By midday, Bitcoin had already managed to breach $450, although it went down a bit afterwards. Everyone thought that was when the surge would end, but it seems that Bitcoin was just building up steam.

As the day ended, the price started climbing again and it has not stopped. The cryptocurrency reached a 20-month high, almost reaching the $540 mark. It went down again, but data shows that the price is back on its way up again.

A lot of people are attributing the Bitcoin price increase on the weakening of the Chinese yuan. The Chinese market is one of the biggest for Bitcoin. This can mostly be blamed on the fact that China is very strict with its capital controls. 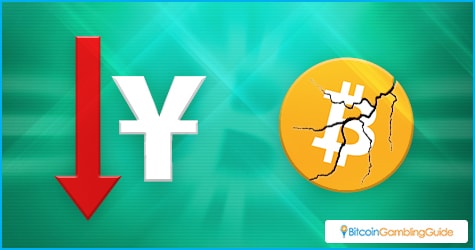 People cannot normally move their money out of the Chinese market, but a lot of savvy investors have managed to find loopholes in the laws. Chinese citizens who want to protect their wealth from being devalued often buy gold, overseas properties, and Bitcoin. This has made the cryptocurrency popular in China.

With the Chinese yuan weakening, investors wanted to protect their wealth by transferring it into Bitcoin. This increased the demand for the cryptocurrency, which has driven its rise in price. One of the indicators of this is the lopsided demand when it comes to price. Buying bitcoins with Chinese yuan is more expensive than with other currencies, indicating its weakness in the market and the sudden demand by Yuan holders.

Other analysts, however, are pointing to another potential cause. This July sees the halving of the mining reward for processing blocks in the blockchain. Some say this rise is just the market reacting to the potential increase in price as bitcoins become scarcer.

This price fluctuation can be profitable for many. For those who bought Bitcoin when it was at its lowest in the past few months, this is a prime time to recoup the losses. The lowest it was in the past year was $213. Selling now would net people double their investment. However, many still remember when Bitcoin reached $1,200 and are holding on.

There are other means to profit from the spike. Binary options trading allows traders to earn money if a commodity’s price is correctly guessed at the time of their maturity. There are no specifics, just either higher or lower. Buying binary options when the price is spiking can be an assurance of easy money. 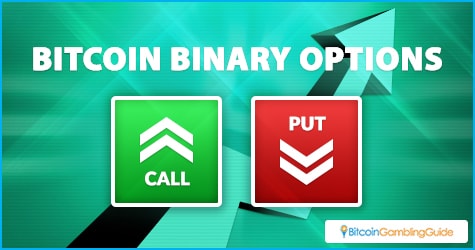 The main hurdle is where to start. Online gamblers who want to start trading easily can find FortuneJack’s trading option useful. This allows them to access their bankroll for their trading as well as gambling. Other options for starting out include popular sites like TradeRush, BTCLevels, and Beast Options. These sites are simple enough to navigate and are friendly to newcomers.

With the price still spiking, savvy gamblers may want to get into the action and maximize the opportunities to cash in through binary options trading.