With Bitcoin riding high above $460 as of writing, people are pleased with the higher Bitcoin price. However, a lot of them are expecting a sharp fall. Bitcoin’s volatility is one of its well-known features considering that it once was worth around $1,200 apiece. Signs do point, though, that Bitcoin will be holding steady or even going upwards in the near future.

This is good news considering that people have been claiming that Bitcoin was facing death once again. Many analysts are confident in pointing out that Bitcoin is currently being undervalued and this rise in its price is just the market correcting itself. There are several factors that are contributing to the cryptocurrency’s rise in value, and it is worth looking at them.

One of the primary reasons for this rise is the sustained increase in value is the effect of the Chinese market. Bitcoin in China is huge right now. This can be mostly laid at the feet of the strict capital controls that China lays on its money. 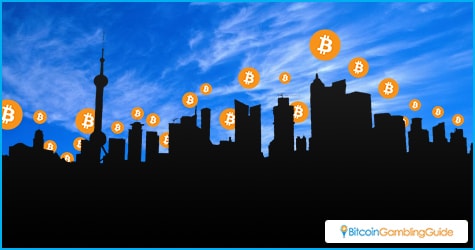 Chinese investors experience difficulties in moving money out of the country and have turned to Bitcoin instead—with its ability to circumvent many Internet controls—to invest their wealth in more lucrative parts of the world.

Additionally, many Chinese Bitcoin users see Bitcoin as a way to protect their wealth. Gold may be the standard way to store money to fight inflation, but for Chinese traders, Bitcoin is the more attractive option. This is because Bitcoin is a lot easier to transport and carry around than gold.

Another reason for the confidence in the market. Bitcoin transactions have been constantly on the rise since it first went public and has never let up.

Looking at the charts on Blockchain.info, it is noticeable that transaction numbers are on the rise. This year registers the highest daily transaction rate as of yet, which is at around 200,000 a day. The rise in transaction means that many people are beginning to trust Bitcoin. More people using the cryptocurrency also feeds into its momentum.

There is also an increased confidence as Bitcoin has managed to take the first steps in resolving its block size problem. Last week’s release of the Segregated Witness update allows an increase in the number of Bitcoin transactions stored in each block by storing transaction info differently. This allows for more transactions to be processed in each block, a feature that Bitcoin needs to use to better service a wider market. 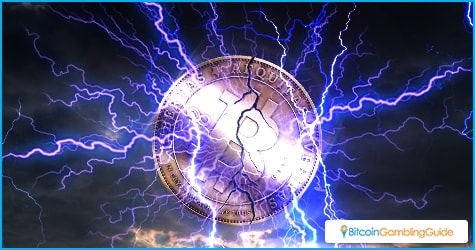 Moreover, July 2016 will see a major Bitcoin milestone as the cryptocurrency once again halves its mining reward. The first time Bitcoin halved its reward was in 2012. That was when Bitcoin was priced at $13.40 each. The effect was slow in coming but bitcoins suddenly surged up in price afterward. Many analysts expect the same Bitcoin halving effect to happen this time around.

Bitcoin confidence and price are riding high, and many are confident it will remain so. Only time will tell if that is the truth.