One of the essential pieces of software when dealing with Bitcoin is the wallet app. Satoshi Nakamato released a basic Bitcoin wallet app along with the initial Bitcoin protocol. However, the app presented only the most basic options.

Since the Bitcoin protocol was released open-source, people quickly cam e up with their own beefed-up version of wallets, providing additional features. Ever since 2009, hundreds of wallet apps have popped up to make people’s lives easier. However, not all of them are made equally.

For Bitcoin users who want to protect their stash, it is important to select a good wallet. Different wallets have varying features and selecting the right one to fit a user’s needs is essential. For example, a Bitcoin gambler would need something different than a serious investor. Here is a quick comparison on the top five wallets in the market to help Bitcoin users in making their choice. 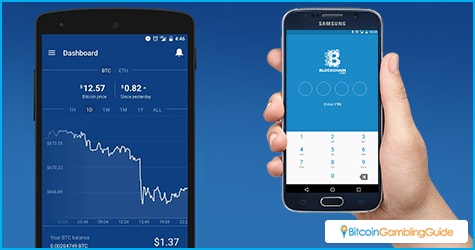 Circle is an interesting wallet that has managed to hit the news recently. Apple announced that it planned to integrate Circle into its messaging app for the new version of iOS. This is in agreement with the stated goals of the wallet: to spread Bitcoin to the masses.

Based out of America, Circle now operates in the US, UK, and China. It has made significant steps in becoming more accessible with innovations like NFC contact payments and transfers from credit cards and banks. Wallet security is still a priority despite this accessibility, along with anonymity. The volume of transactions through Circle is predicted to exceed $1 billion by the end of the year.

Launched back in 2012 in San Francisco, Coinbase has managed to amass amazing popularity despite its shortcomings. The main driver of this is the fact that it is very convenient. With a mobile app and operations in 29 European countries, Canada, US, and Singapore, people can do quick transactions anywhere.

Additionally, it allows for debit card purchases of bitcoins. Two-factor authentication and cold storage ensure account security. The problem is that the wallet asks for personal information and has high transaction fees compared to other wallets.

Blockchain.info is better known as the go-to site for obtaining the latest stats on Bitcoin, whether its about prices or trading volume. The worldwide coverage of its wallet, though, is what attracts people to it. As storage for bitcoins, the app is great. However, it is missing one important feature.

A lot of wallets nowadays allow people to buy bitcoins and add them directly to their wallets. Blockchain.info requires users to buy elsewhere and send the bitcoins to the wallet, which can result in awkwardness. It is easy to use, though, and is simple to set up, which makes it excellent for beginners. 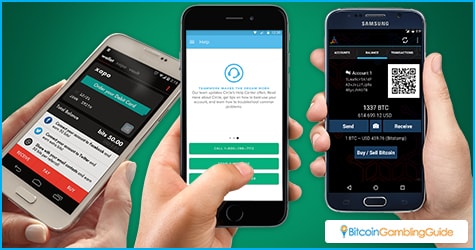 Another wallet with worldwide access, Xapo is a Swiss-based wallet that also offers cold storage and cryptocurrency debit cards. The wallet aims for maximum security, with quick transactions and low fees being added as perks.

However, though the transactions are quick, instant balance updates are absent. Slow SMS verification and poor technical support are other black marks against it. The wallet has a mobile app and people can access their wallets with their own personal card. Xapo, however, has made itself significant in the online gaming world starting last year with its partnership with CEVO and Leet.

The company behind Mycelium has been around since 2008 and it was there at the ground floor of the Bitcoin explosion. It has managed to find its niche, but the company suddenly went for aggressive innovation earlier this year.

This started with a new mobile wallet app with updated products and functions to make it easier to manage bitcoins, like paper key generation and easier Bitcoin purchasing. Security is a focus of the wallet with backup copies of accounts so that they can be restored after a theft. A password based on 12 words seed is needed for the user to do the restoration.

With these choices available, people should have a wallet that should be appropriate for their needs. They should keep in mind that some wallets are better off used for daily transactions while others are for long-term storage of funds. Web wallets that offer convenience for small Bitcoin transactions are perfect in Bitcoin gambling. But finding the right one for each type of users or players depend on which wallet factors they prioritize more.