South Korea is one of the countries that have high Bitcoin trading volume. This factor is just one of the many reasons South Korea has the potential to be a top Bitcoin adopting country in Asia.

The country’s plan to regulate the cryptocurrency plays a major role toward the optimistic status of Bitcoin in South Korea. Another is the rise of Bitcoin remittance of international workers. 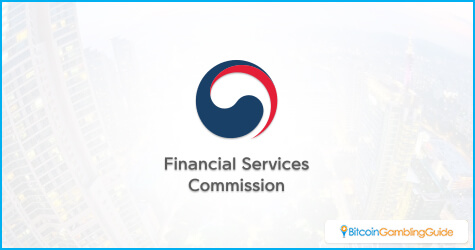 Because of the massive increase in the cryptocurrency market, FSC created a special task force unit that focuses on cryptocurrency. Cryptocurrency regulations at this time come from the Ministry of Science, ICT, and Future Planning. The FSC task force is looking to regulate the country’s exchanges to target any illegal activity that uses cryptocurrency.

“Digital currency is often used for money laundering, drug trafficking and tax-related crimes since it is free from regulation,”

The announcement of regulations can help to make cryptocurrency become a legitimate currency to the eyes of many South Korean residents. This can further increase the adoption rate of Bitcoin and other altcoins. With the legality of the digital currency, Bitcoin markets like Bitcoin gambling and forex trading might find a potentially lucrative market in the Asian country.

There are a few merchants that accept cryptocurrency payments in South Korea and convert them to won via a Bitcoin exchange like Korbit. This rate is due to the large selection of digital payments that are available in the country. On the other hand, the Bitcoin remittance rate is very high in South Korea. The high remittance rate could be one of the factors that led to a high Bitcoin trading volume in Korea.

South Korea has many foreign workers who are looking to get the most out of their salaries by using Bitcoin for international remittance. When a worker attempts to send $50 via the usual fiat remittance companies, his recipient will only receive $38. This is due to the currency exchange and the company’s fees. Remittance companies can take about 20 percent of a worker’s money when people use them. Apart from the fees, recipients have to wait for about three to five business days before they receive the $38.

Bitcoin remittance, on the other hand, does not have to go through the usual hurdles as other remittance companies. A recipient can receive nearly every single cent a worker sends to them. It can also take just one hour for a recipient to receive his money.

With the help of the FSC regulations on cryptocurrency remittances, more workers might become open to using Bitcoin remittances.