The Super Bowl betting odds are all set on leading Bitcoin sportsbooks and most of them—if not all—predict a Patriots win on Feb. 5.

Apart from the usual bets, there are also other props available in some sportsbook site. This includes this year’s Super Bowl MVP. With the variety of betting options available, it is time to look at the odds different Bitcoin sports betting sites have given the New England Patriots and the Atlanta Falcons.

The Patriots are the favored team for most sportsbooks. Nitrogen Sports has -150 odds for the Patriots while +135 for the Falcons, while PowerBet.io placed 1.66 odds for a Patriots win. This should not come as a surprise since the New England Patriots dominated this year. Out of 18 games, the Patriots won 16 times. 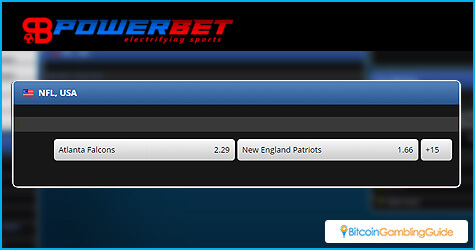 Even with the ban on Tom Brady for the four games of the season, the Patriots came in strong. This is thanks to New England’s defensive line. The Patriot’s previous Super Bowl victories also placed them slightly above the Falcons.

The odds on the Falcons are rather distant from those for the Patriots. Betcoin.ag placed 2.29 odds on them and 1.63 for the Patriots. The money line odds on NetBet are 2.30 and 1.62, respectively, and with a point spread of three. A spread of three is unheard of, especially during the Super Bowl. There were only four Super Bowl events with this kind of low point spread.

The Atlanta Falcons has a strong quarterback and offensive line-up that can match with New England. Matt Ryan’s performance is at an elite caliber that did not receive as much press as Brady.  The Falcon’s Freeman, Gabriel, Jones, and Sanu are bringing in quite the offensive heat that matches with the Patriots. 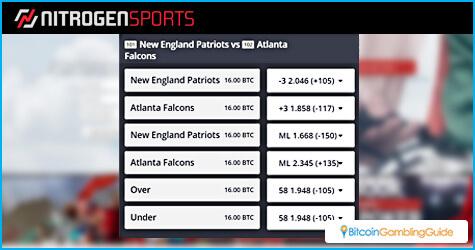 The difference between the two simply comes down to the team’s defense. The Patriots will not let the Falcons get points pass them this Sunday. The Patriots come out on top in terms of pass-covering and run-stoppage players. New England might also be looking to make the most out of the Falcon’s run defense, which is the team’s weakest for this year.

Bitcoin sportsbooks offer more betting options like prop bets for Super Bowl this weekend. The most notable one is this year’s MVP. Directbet placed 2.1 odds on Brady and 2.8 on Ryan. Ryan was hardly close to getting the MVP from previous years due to his previous team. This year, though, the Falcon’s quarterback is giving Ryan the guns he needs to get the award.

The odds the Bitcoin sports betting sites are giving the two are almost close to a 50/50 bet. Patriots, Falcons and every Super Bowl fans are sure to get quite a match this Sunday.