Following Australia’s mass closure of Bitcoin-related bank accounts, cryptocurrency businesses become more anxious about their fate in a country where Bitcoin is no longer positively received.

Despite the rather enthusiastic welcome in the past years, Australia now becomes the latest nation to halt the financial revolution spearheaded by the cryptocurrency.

Rupert Hacket, the Digital Currency Advisor to Dominet Digital Investment Group, shared in an online interview that the Reserve Bank of Australia has no intentions of regulating the use of Bitcoin.

Also the country manager at the Australian Bitcoin exchange BuyaBitcoin, he emphasized that major banks in the country perceive Bitcoin as a means to operate money laundering and other shady activities.

The current situation of Bitcoin in Australia, however, has unconsciously opened a portal for development within the cryptocurrency circle.

In spite of this letdown, various Bitcoin organizations continue to fight for Bitcoin acknowledgement in the country. Surprisingly, this scuffle for acceptance opened groundbreaking progresses within the Bitcoin community. 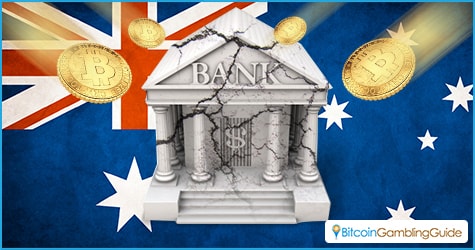 Rise in exchanges hint stanch progress of Bitcoin in Australia

One of the positive effects of the Australian banks’ disregard for Bitcoin is that it banded various Bitcoin-dedicated organizations.

After Senator Matthew Canavan, together with the Australian Competition and Consumer Commission (ACCC), launched a full investigation the unreasonable stand of Australian banks toward Bitcoin, various cryptocurrency groups in the country have bonded together to form the Australian Digital Currency Commerce Association (ADCCA), whose mission is to the push the self-regulation and compliance of Bitcoin.

Through this alliance, the Australian Bitcoin community is now more empowered to fight for their right, especially with a government official backing their advocacy.

Although their investigations of the banks are currently in progress, Bitcoin transactions are still conducted.

Not to mention that a Bitcoin exchange or two—more even—based in Australia are displaying encouraging statistics in regard to Bitcoin transactions. Exchanges like Independent Reserve, CoinTree, Bit Trade Australia, Coin Loft BTC Markets and LocalBitcoins remain in full operation.

The high trading volumes in the online exchanges goes to show that Bitcoin still remains impenetrable even with the regulation imposed by banks.

Regardless of the abrupt closure of various Bitcoin exchanges, bitcoiners in the land down under still continue to use the cryptocurrency, thereby contributing to the steady rise of volume exchanges in the region. 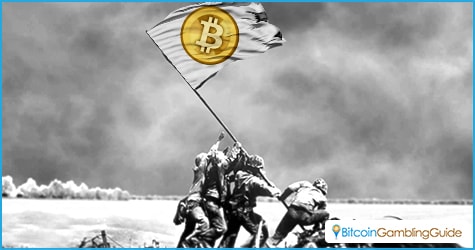 The Bitcoin growth in Australia is just one concrete example of the potential prowess of Bitcoin to revolutionize the current financial landscape.

This heartening pump in Bitcoin exchanges proves that Bitcoin strives regardless of the hampers it face, be it legal issues or a fluctuating Bitcoin price.

Considering that mainstream adoption is one of the greatest hindrances that keep the cryptocurrency advance at bay, the constant rise in exchange volume hints that Bitcoin is on its way to hit its end goal.

If the volume of Bitcoin exchanges continues to rise in all parts of the globe, the collective figures garnered from various statistics will greatly determine the future of Bitcoin.

Now that these numbers display overwhelming results, speculations of the anticipated Bitcoin rise may very well be realized come 2016.