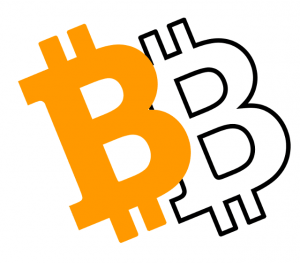 For any new investor, bitcoin can be more than intimidating as an investment domain. It is enough to check out news feeds and be appalled by the myriad of strange phrases and attention-grabbing headlines, all of which suggest that tectonic shifts are underway – either positive or negative and sometimes, even a mixture of the two.

Because of this, many investors fail to fully grasp the risk they are undertaking and what could certain events mean for their emerging portfolio. The 2017 BTC forking process which took place at the start of August is a perfect example. This undertaking was definitely a complete mystery for many traditional investors working in finances that tried unsuccessfully to find an analogy that they are familiar with.

As a digital-only occurrence in the realm of cryptocurrency, its effects and impacts are not easily understandable to many investors, aside from being a relevant force for the BTC price. To get a better understanding of the forking process and its impact, here is an overview of the event, the process that followed and what does it all mean for those who simply want to earn money by investing into the bitcoin network.

The easiest way to perceive bitcoin is to see it, just like any other digital currency, as a piece of software. In the same setup, a fork is a change in the software that impacts the end users. Here, with an asset like BTC, the network that operates it only needs a pair of password keys for it to function. These resent the ability to access a network and it then, working as a distributed P2P ledger, keeps track of who owns how much and to whom.

But, if the keys are modified in their software from, the same impacts the network the runs them in a dramatic fashion. It can also change the value of user’s claims in a dramatic way – the software is the thing which defines an asset and with it, the price investors are willing to pay for it.

There are many different types of forks that exist and most are basically simple in their design. A hard fork makes, however, any transaction processed by the new software modification completely incompatible with the older one. A soft fork includes a feature of backward compatibility.

In early August, bitcoin went through a process of hard forking which was high-profile from the standpoint of the general public and the media. This particular change in software created a split in the network and began a new version of the network called bitcoin cash.

This event was widely seen as a big issue for the price of BTC with many analysts claiming that the price would be pushed down by all of this. However, nothing of the sort actually did occur.

On August 1, just before the hard forking took place, the BTC price was $2,759. About a week after the split did occur, the BTC was trading at its all-time high price of over $4,000. Recently, the price reached near $4,500, for the first time since the network went live.

This could appear strange, but some proposed theories that the drawn-out scaling debate provided a big resistance point and now that it was settled, the results lead to a relief price rally. At the same time, bitcoin cash has reached a price of around $280, which oscillates regularly in the $250 – $300 range.

For both cryptocurrencies, the forking did not lead to disastrous problems. Instead, it appears to have brought BTC and BCC in stable waters with substantial growth potential.

Some argue that this situation is not that unique and that the idea of a headwind and its opposing tailwind is known to anyone active in the investment process of some kind. A tailwind presents a positive moment for an investment – halo effects produced by some latent trend or favorable news. A headwind is an exact opposite – a pressure that is extended on a price by as risk factor or some other negative trend (or at least a trend that is perceived to be negative).

Headwinds are talked about in detail when a certain negative trend or risk comes into play for a specific venture. But, when the headwinds subside, the price of the venture begins to rise and this is the ebb and flow which is seen on a regular basis in the traditional stock market.

For example, a company that settles a legal case against it or accepts to pay a certain fine to stop a regulation is at the end of the headwind cycle. Once this is over, the company usually sees a rise in price because markets shun uncertainty. When a problem gets resolved, the markets mostly see this as a chance for buying in.

In this case of BTC, analysts show a tendency to see the hard fork as a headwind, which carried a level of danger for the cryptocurrency. Once it has passed, the tailwind phase kicked in for both digital currencies, resulting in the current rise in prices.

The value of BTC has gone up in value since the creation of BCC. If this setup can continue, there is clear potential for future forking events (which will undoubtedly come) as a new chance of boosting the value of a cryptocurrency. The same could then be used for online gambling, procurement of goods and services and much more, just like the digital currencies of today.

In that case, forking could be seen as a tailwind event for a digital currency. This sentiment could allow traders and investors to come out from forking procedures with more assets that are trading at a higher price. There is no need to underline how beneficial this would be for all included.