The BitCrystals Token Sale for the highly anticipated blockchain-based trading card game Spells of Genesis finally pushed through on Aug. 4.

Launching the sale directly on the BitCrystals website, the popular game developer EverdreamSoft partnered with ShapeShift.io after a few unexpected obstacles delayed the token sale for several weeks.

Initially planned to be hosted on Koinify, the Spells of Genesis BitCrystals Token Sale was moved to a later date after the online marketplace announced in May the discontinuation of support for token sale platforms designed for decentralized applications.

The next step was to launch the event on Swarm, a decentralized crowdfunding platform running on Bitcoin. This, however, failed to materialize after experiencing technical difficulties, which further delayed the sale of the in-game cryptocurrency.

With ShapeShift to the rescue, fans of Moonga and everyone interested in Spells of Genesis can purchase 15,000 BitCrystals for 1 BTC. 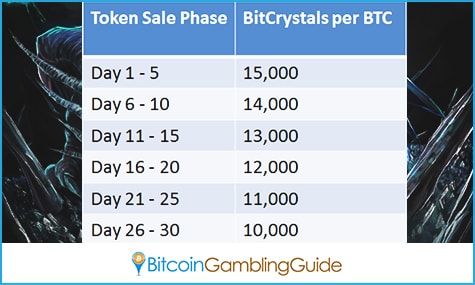 After this period, BitCrystals will be available on the ShapeShift platform, where players can instantly exchange it online for their Bitcoin and any of the 40 supported altcoins.

According to EverdreamSoft, 100 million BitCrystals will be produced over time, of which 70 percent are allotted for the token sale.

More than nine million BitCrystals have already been sold as of writing.

Rewards set up for players and partners

Moreover, buyers of this in-game currency—players and partners alike—will be rewarded for their contribution.

For instance, casino bettors who want to explore other games can begin purchasing BitCrystals in order to play Spells of Genesis once it gets released on iOS and Android platforms. Since there are special cards in store, players can opt to buy the packages instead to get the special card, together with the extra freebies like access to the premium store and exclusive passes.

Likewise, fully knowing that stopping players from reselling the cards online is impossible, the development team behind the much-awaited game launched a scheme to reward those that opt to become the game’s partners.

EverdreamSoft devised its rewards program in such a way that both players and partners will be at the advantage while enjoying the new experience provided by Spells of Genesis. 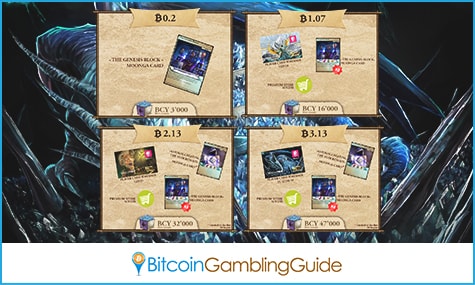 BitCrystals will provide players with a one-of-a-kind mobile gaming experience—one that combines arcade, cards, the blockchain technology, and cryptocurrency.

Also known as the tokens, the in-game currency will function as a support for the development of the game and as the primary tool to unlock new features. These will also be used to strengthen the players’ card decks.

Spells of Genesis’ compatibility with Counterparty also enables token trading even outside the game, putting total control into the hands of the players.