News of hackers successfully compromising the security of Bitfinex on Aug. 2 surprised everyone in the Bitcoin network, especially after the exchange confirmed that the hacking incident resulted in a loss of 119,756 BTC.

With around $60 million lost when converted, the Bitfinex hacking incident proved to be a high-level case, prompting the Hong Kong-based Bitcoin exchange to suspend all trading on the platform, as well as stop processing deposits and withdrawals for all cryptocurrencies accepted by the exchange. 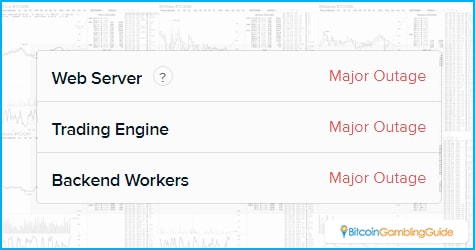 Bitfinex also confirmed that some of the user funds—some of which might have been owned by Bitcoin gamblers and operators—have been stolen and that the affected users are still being identified as part of the initial investigation. The Bitfinex website is still accessible, but it only shows the official statement from the company, along with the link to the page where updated will be posted.

“We will post updates as and when appropriate on our status page, bitfinex.statuspage.io. We are deeply concerned about this issue and we are committing every resource to try to resolve it. We ask for the community’s patience as we unravel the causes and consequences of this breach.”

The Bitcoin exchange also cleared that only the Bitcoin wallets were affected by the said incident and that the company is already working with law enforcement to investigate the case.

With the largest Bitcoin exchange shutting down all services until further notice, the Bitcoin price took a serious blow as it fell by 20 percent. As of press time, Bitcoin trades for $540, which is down from about $650 prior to the Bitifinex hack.

On the contrary, a noticeable increase in the price of Ethereum Classic was recorded after the said incident. Reports stated that it climbed 48 percent to trade at $3.24 apiece.

Whether or not the Bitfinex security breach is the reason, the Ethereum Classic supporters could only hope for this price trend to continue and break records in the future amid the separation from Ethereum.

How soon the Bitcoin economy can recover from this, however, is a question that cannot be helped asking.

Whose security is at fault?

The Hong Kong Bitcoin exchange is currently conducting investigations to assess the situation and pinpoint the lapses in its security.

BitGo, the blockchain security company working with Bitfinex, said in a statement:

“To date, our investigation has found no evidence of any compromise of BitGo servers or services.  We believe the compromise is isolated to Bitfinex.”

These two companies partnered in 2015 to launch a real-time proof of reserve Bitcoin exchange, where traders can conveniently verify the funds on the Blockchain without compromising their security. This project enabled Bitfinex users to experience what was then the world’s first service of its kind. 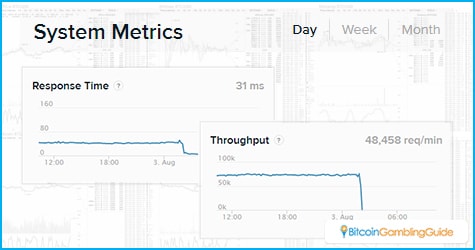 Meanwhile, Bitfinex is yet to release new developments about the case, but it expects to resume normal operations as soon as possible. Moreover, to address the Bitcoin losses of the customers, the exchange provided a uniform conversion rate for all settlements.

Last year, Bitfinex was also involved in a hacking incident, where the hackers managed to embezzle 0.5 percent of the hot wallet. Reports said about 1,400 BTC were stolen, but this amount proved to be nothing compared to the almost 120,000 BTC stolen funds.