Blockchain.info suffered from some downtime last Wednesday. If it were a normal website, this would not be a problem. However, Blockchain.info happens to be one of the most popular online Bitcoin wallet services in the world. It currently has over eight million users and for seven hours, they were not able to access their wallets. That got a lot of people worried.

Blockchain.info’s downtime period was first noticed in the early hours of Oct. 12. The site’s Twitter feed soon had an announcement from the developers that they were working on the problem. From what the admins could determine, the site had a DNS problem. They eventually announced that the site’s DNS was compromised and they had to refresh their systems to restore operations. All in all, the site was down for over seven hours. 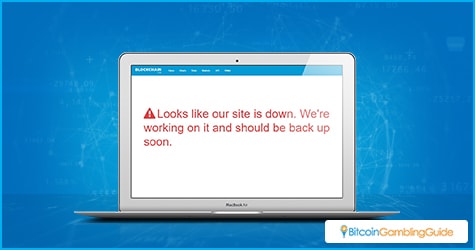 That may not have been a long time, but when dealing with Bitcoin that could have meant hundreds of thousands of transactions. Most of the initial responses were concern about the security of the site. A lot of people were most likely worried about whether they had lost their money in the crash. When Blockchain.info went down, a lot of people started theorizing about what could have caused it.

People were quick to throw out theories that the site has been hacked. An early result of some sniffing around, some intrepid Bitcoin enthusiasts have noted that the new DNS could be the result of someone hacking the website. Fortunately, the problem was solved as quickly as possible and the site looks great. Blockchain.info can now allow transactions again and with all of the latest data on the market being presented on the site.

Not the only time

Reactions to the downtime were rather muted. Most of it was just worry about the safety of the bitcoins being stored away. It is probably fortunate that Blockchain.info managed to control the problem before it became a huge one. However, this is not the only time that Blockchain.info went down.

In 2015, Blockchain.info was offline for almost half a day due to the installation of new software. This caused a lot of problems in the Bitcoin marketplace for the same reasons as the recent downtime – the non-availability of wallet and API services prevented quite a few transactions from being processed.

This recent downtime, though, was not as crippling. This is a reflection of how better developed the Bitcoin infrastructure is. Instead of a single site providing a bulk of the merchant API and wallet service, the load has been divided among the other service providers. However, it is still a concern because of the reason for the downtime, which is the possible compromising of the service. This may mean that there are security problems that need to be resolved for the Blockchain.info to keep operating without any problems. 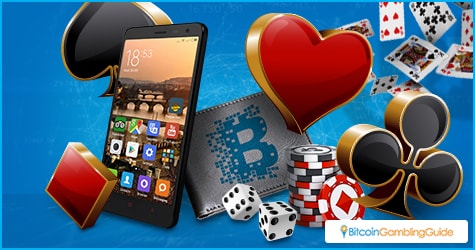 With over eight million users, it is important that the company ensures that their service is not compromised and is working properly. For some, this brought back the past incidents involving Blockchain.info in phishing ploys.

At least in the Bitcoin gambling sector, this holds true since most of the Bitcoin gambling players use the Blockchain.info wallet to wager on the casino games. Not only does the Blockchain.info wallet offers convenience and flexibility, but it also allows users to send and receive bitcoins to and from an online gambling website without too much restrictions.