Some doubt Bitcoin’s potential to become the currency of the future, but many see the innovations and possibilities in the technology it runs on. Although Bitcoin may not be everyone’s beacon of hope, the blockchain technology may very well be considered Bitcoin’s legacy in modern society.

The blockchain technology possesses distinct characteristics that make it a revolutionary platform on which various kinds of industries can lay their foundation. Several markets have started to embrace this technology, and a perfect example for this is the growing number of online casinos and betting sites that are structured to operate on the blockchain per se.

Blockchain betting, which was popularized by SatoshiDice, continues to be offered as more Bitcoin casino enthusiasts toy with the idea of setting up blockchain casinos online. In fact, gamblers now have the option to experience what online betting would be like when done directly on the blockchain each time they place wagers on their preferred sports and teams on DirectBet, a Bitcoin sportsbook.

Promising a more authentic and tamper-proof experience, blockchain betting serves as the ideal setup for players who truly want to benefit from the technology Bitcoin and other cryptocurrency provide. 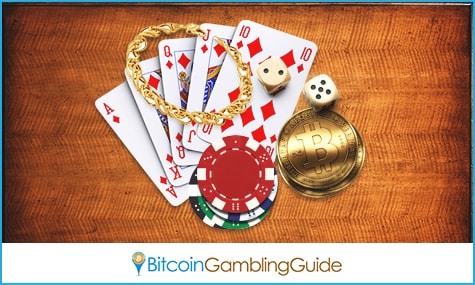 Beyond online gaming and over to financial institutions

Although suited for the iGaming industry, the functions of the Bitcoin blockchain technology also apply to other industries and institutions.

Today, several banks have already expressed their interest in exploring the revolutionary benefits this type of technology offers in order to enhance and modernize the way financial systems operate.

Some of the banks that view the blockchain in positive light are BNP Paribas, Société Générale, Barclays, UBS, and Standard Chartered.

Citi Bank, which previously advised the UK government to create its own cryptocurrency, is actively developing the said technology. In fact, it has been reported that Citi Bank is now testing three blockchains, which will be used for its own digital currency that will thus be called Citicoin.

Other than the mentioned banks, the American-based banking firm Goldman Sachs and the Spanish bank Banco Santander are also open to the idea of further improving their services using the distinct technology and further the developments in Bitcoin. 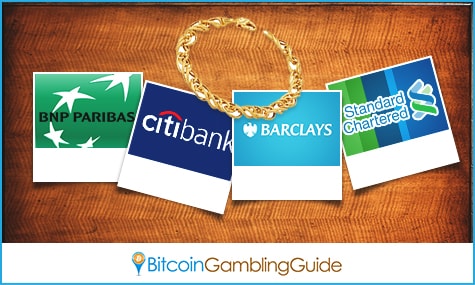 As more banks begin to notice the potential of the blockchain to modify the existing financial landscape, the future of the blockchain technology solidifies by the day and becomes more instrumental than the digital currency itself.

While Bitcoin may still generate uncertainties on the part of the stakeholders, its technology is guaranteed to open more opportunities that may revolutionize the current systems utilized by various industries and markets.

On a similar note, IBM, a multinational technology and consulting corporation based in the US, had earlier announced its plans to use the blockchain technology in creating a digital payment system that caters to major currencies. This development plan is in partnership with Samsung, and it goes to show how vast the coverage of this unique technology is.

The timing for such recognition is perfect, especially now that the Bitcoin price has gained momentum once again. Although the increase in value may not be as record-breaking as it was in the past years, this improvement already denotes an optimistic future for the digital currency and the markets that function with it.

Likewise, Bitcoin payments for travel, gambling, shopping, and other purposes may soon be regarded as something normal.