The final football match between Brazil and Germany was among the main events as the Rio 2016 Olympics drew to a close. The last time that Brazil went up against Germany was in the World Cup in 2014.

Everyone expected the South American country to come out on top two years ago, but they ended up being demolished with only a point and Germany with seven. It was the latest in Brazil’s unlucky matches in their home ground.

With the Olympic football final match opening a window of opportunity to take revenge from their World Cup defeat, Brazil took on the challenge and delivered in front of 78,000 fans. 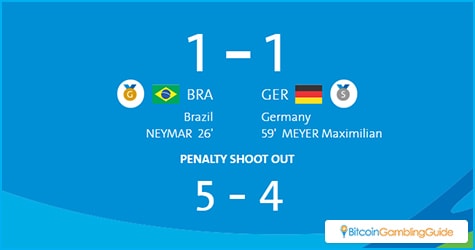 The match at the Maracanã Stadium itself was a pretty tense one. Both teams were at the top of their game and had skilled players. Brazil had a splendid mix of players that delivered on the attacking front, while Germany had its methodical approach. Germany had hoped to end the Rio 2016 Olympics having a double gold in football, with its women’s team already earning the medal by defeating Sweden.

The game started out well for Brazil, with its star player Neymar managing to score a goal early in the game. Since the goal, Brazil’s team trued to deny the Germans a matching goal to clinch the game. The Brazilian’s solid defense, however, faltered in the latter half of the game as Maximilian Meyer managed to shoot one straight past their efforts. This led to a complicated late-game battle of attack and defense as both sides sought to win.

The time for the main event ended on a tie, though. This led to extra time, which also ended with no one scoring a winning goal. This resulted in the game being decided in a tense penalty shoot-out. Both teams managed to score evenly until Nils Petersen missed. After that, Neymar clinched the game with his penalty shot and the crowd went wild as Brazil wins Olympic football gold for the first time. The game ended 1-1 after extra time, with 5-4 score from penalty shots.

Favored by the odds

The Brazil team’s win has been expected by the sportsbooks. The outright odds that the sportsbooks put on the chance of Brazil winning were at 2.87, which is good for those who put their money on the team. It means their bets would have been doubled. Germany had higher odds, though, at 8.0. Argentina was placed at second most likely to win at 4.0, which failed to advance to the quarterfinals. 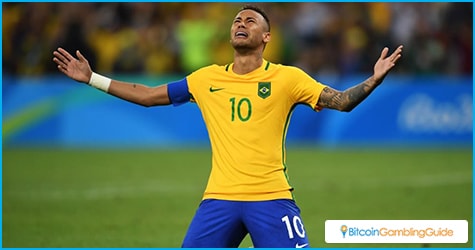 The factors that decided these odds are a mix of the local environment and team composition. The “home court” advantage has been regularly boasted as a reason a lot of teams win.

With the Olympics being held in their home country, the Brazilians are used to the conditions and the climate. This gives them a chance to perform better than their opponents, which ended well for them this year. Sports bettors who placed their bets in them are fortunate with their win.