Breakout Coin, the new altcoin on the block, has made its presence felt in a big way. Last July 7, the first round of the coin sale ended and it proved to be a success as it led to the release of over 4,357,800 BRK, with the other 2,269,694 BRK burned to ensure the value of the sold BRK.

It also registered funds that amount to 851 BTC. At current prices, this is equivalent to more than half a million dollars. This definitely was a good start for what is planned to be a gaming multi-currency.

With this success, the team followed the initial sale with the second Breakout Coin crowdfunding campaign that started on July 10. Bittrex started offering up to 6.6 million Breakout Stakes (BRX). Priced at 1 BTC for 1,500 BRX, they will be up for grabs until the end of the month, with the remaining BRX being destroyed. 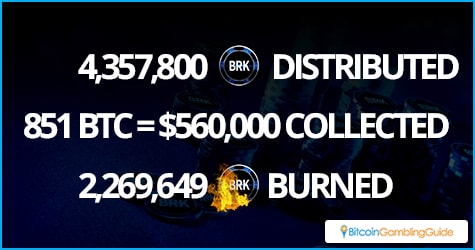 This partnership with Bittrex, one of the largest and most trustworthy cryptocurrency exchanges out there, is perfect in time for when the Breakout chain officially enters the market with its multiple currencies.

For those interested in buying, they will need to understand what exactly they would be buying. The Breakout blockchain is supposed to be different from the normal cryptocurrency network by offering multiple currencies for different purposes.

First, there is the basic token, the Breakout Coin. Capped at 19.5 million and able to be divided to the eighth decimal place, this acts similar enough to Bitcoin that many would know how to use it properly. An annual five-percent increase to the BRK total will be instituted to attract more users. This is where Breakout Stakes come in.

Breakout Stakes are the second currency available in the network. Their purpose is to indicate that the owner has a stake in the Breakout chain economy. BRX are permanently capped at 12.5 million and those who own them automatically get a part of the five-percent BRK increase. People should think of them as something like dividend bonds and they can be a fine investment.

The final currency type is Sister Coin. This is what is awarded to miners instead of a straight Breakout Coin reward. They can be converted to either BRK or BRX, depending on the situation. There will probably not be any sales for it since it can be independently generated.

The unique set-up of the Breakout Chain is aimed at making it a stable and dependable means for cross-platform gaming. Plans are already underway to create the infrastructure. One of the notable examples is Breakout Poker. Intended as an online poker site, industry experts have been hired to ensure that the gambling site is top-notch. 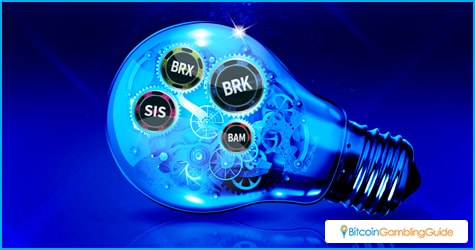 That is just the beginning. There are already plans on eSports sites—which will be called BreakoutPVP—and digital stores where Breakout Coin owners can quickly spend or wager their winnings with no need for currency conversion. Combined with the success of the initial sale and the positive response to the second round, Breakout Coin looks to have a solid future ahead of it.