The Bitcoin regulation drama continues in the US as another state finds itself just steps away from imposing new rulings on digital currency businesses. Although not directed at the gray area of online Bitcoin gambling, cryptocurrency bettors should still keep an eye out once Bitcoin regulation bills get the go signal.

This is the case in California as Bill AB-1326 sponsored by Assemblyman Matt Dababneh recently received the nod with a 55-22 vote not long after New York’s BitLicense became official.

Initially perceived to be one of the friendliest places in the US to set up a Bitcoin business, California now awaits the bill’s passage in the state’s Senate, wherein a favorable response will result in the mandatory acquisition of license renewable every year from the Department of Business Oversight.

Businesses applying for a license will need to cover the $5,000 registration fee—a rather large amount that may discourage startups and existing digital currency companies to venture into the field or continue operating the business.

California may soon have its own version of Bitcoin regulation in place, but calling it law will only be possible with the blessing of the governor. 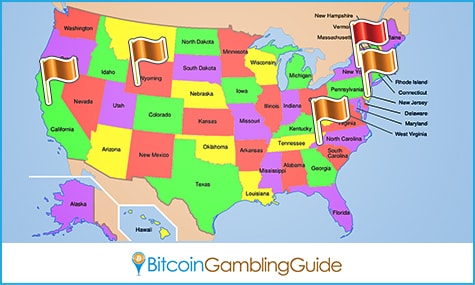 Will Bitcoin businesses suffer or improve?

The initial BitLicense proposal drew flak from bitcoiners and entrepreneurs, and it even caused certain ventures to exclude New York residents from the list of customers to receive the Bitcoin services being offered.

Bitcoin exchanges, wallet providers and others are the typical businesses that will experience the gravity of the bills getting signed into law.

With the hefty license fees to be imposed on the digital currency businesses, the market may see a gradual decline, which may eventually affect the rate of adoption across the US.

Bitcoin, which tends to be presented in bad light—related to scams, drugs, and Ponzi schemes, still aims to influence more people to adopt the cryptocurrency or at least to view what its technology brings beyond the rather negative presentation in the media.

However, if the Bitcoin regulation bills in North Carolina and New Jersey were used as models, the response may hint a more positive vibe.

The HB 289 in North Carolina, if approved, will also require Bitcoin businesses to apply for a license, but only one license will be needed since the bill specifically entails that the existing law will only be amended to include Bitcoin. Thus, it eliminates the need to acquire a different license made for digital currency companies.

Moreover, New Jersey lawmakers aim to increase jobs within its state by giving tax break incentives to those who will provide jobs and meet the requirements set by the state.

How regulation will impact Bitcoin gambling in the US

The recent incident concerning Coinbase’s pulling out of Wyoming due to the high $10,000 to $500,000 surety bond required from each licensee is an example of how the Bitcoin gambling industry may take a hit from such regulations.

The popular Bitcoin services provider Coinbase maintained its stand on its decision, calling the demand ‘impractical, costly, and inefficient.’ 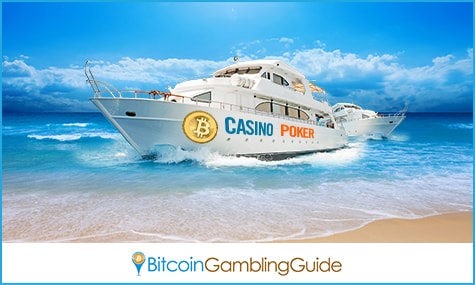 Once the bitcoiners in the US states begin to experience inconvenience in using the digital currency due to the businesses’ suffering performance and services, there may be a domino effect on the rest of the Bitcoin markets, even including the Bitcoin casino niche.

Despite the country’s strict law against online gambling, there are Bitcoin gambling sites accepting US players, and this is permitted due to the fact that Bitcoin is not recognized as money and to the lack of rules prohibiting such acts.

Bitcoin poker site Americas Cardroom provides online poker services to US gamblers, and it can be among the list of Bitcoin casinos and betting sites to indirectly take a toll from the grave effects of regulating Bitcoin and digital currency businesses in the US.

Meanwhile, as the verdict on the proposed bills are yet to be revealed, Bitcoin continues to prove to be not just a strong alternative to fiat money, but also to be perfectly suited in Bitcoin gambling, remittance, and daily spending.

It becomes a question then what would happen should calls for gaming regulators to recognize Bitcoin push through.