The big day for change in Bitcoin is happening in three days. The question is whether it will be advantageous or not.

On July 9, the reward for Bitcoin mining will be slashed in half from the very generous 25 BTC per block to 12.5 BTC. For those who have been paying attention to Bitcoin prices, that is a loss of around $8,500 at current exchange rates. With a staggering loss of revenue like that, there will sure to be ripples in the Bitcoin mining world and beyond.

What the Bitcoin reward is for

To better appreciate what is happening, people will need to know more about the reason behind the halving. When Bitcoin was first introduced in 2009, one of the problems facing the blockchain network supporting it was the need for processing power and the need for independent server nodes. 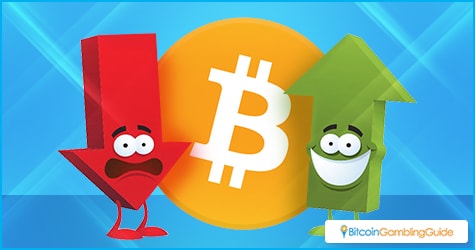 This is because one of the features of Bitcoin is the need for bitcoins to be fraud-proof. To avoid fraud, transactions are placed into a public ledger for people to access so that it can be easily checked. To keep the ledger from being tampered with, transactions are only loaded into it by block.

This is where miners and the network come in. The network needs to confirm that the block is authentic and to do this it needs processing power. This is what miners provide the network with. With their computers, miners confirm the authenticity of a block by solving mathematical algorithms.

The solution that the miner comes up with is called the hash, which contains all of the information in the block in a single line of code. This hash is then added to the public ledger. The blocks are adjusted regularly in terms of difficulty to ensure that miners always finish a block in 10 minutes.

As long as they are the first to complete a block and are able to present a proof-of-work in the form the hash, miners are rewarded with bitcoins for their effort. This is both to encourage people to mine and also to add to the amount of bitcoins in circulation.

The rewards, however, will be halved until all 21 million units of Bitcoin have been released. When this limit is reached, mining rewards will be stopped and the remaining miners will keep earning via transaction fees.

The biggest effect that the Bitcoin halving will have is on the mining industry. Dominated by Chinese mining companies, the Bitcoin mining industry is actually profitable right now. With Bitcoin prices high, miners have been known to produce around $1.5 million worth of bitcoins a month. With halved Bitcoin rewards, they can expect less incentive to mine.

This can be positive for Bitcoin, though. The laws of supply and demand govern Bitcoin prices. With a low supply from less mining and an increasing demand as investors seek ways to protect their capital, people can expect the Bitcoin price to rise. For online gamblers, this means that their bitcoins may be worth more in the long run. 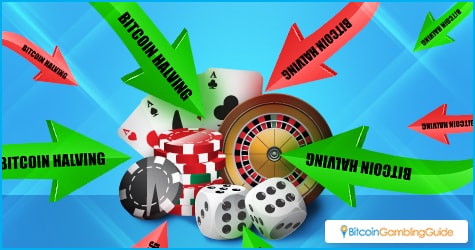 A slash in the Bitcoin rewards do not have a direct effect on the Bitcoin gambling sector, but the companies and industries that will experience the halving can influence the behavior of the Bitcoin markets and its users.

For instance, when the price begins to sink due the reward halved, online bettors will take this opportunity to possibly buy more bitcoins and allot it for their bankroll. Winnings from these bets do not necessarily have to be exchanged for fiat right away. Waiting for the price to recover will give the green light to cash out.

Meanwhile, a Bitcoin price increase as an effect of the halving will prompt the players to play more and gun for higher winnings so that they can convert these to real money at a much higher rate.

With the Bitcoin halving set in just a few days, it will be interesting how the Bitcoin price—even online gambling—will respond in the following days.