After a roller-coaster ride of a game, the Cleveland Cavaliers beat the Golden State Warriors for this year’s NBA championships.

With more than a dozen changes in lead throughout the entire game, this truly pushed both teams to the limit. There can be only one winner, though, and the Cavaliers managed to deliver what was needed.

The Warriors were trying their best, but this year’s MVP, Stephen Curry, was unable to deliver in the unbelievably close fourth quarter. The score of 93-89 shows that the game was neck-and-neck, with the Cavs’ Irving managing a miraculous three point shot in the last couple of minutes to clinch the deal.

This win was a definite surprise. Even with a powerhouse team, the Cavaliers had the weight of past history against them. 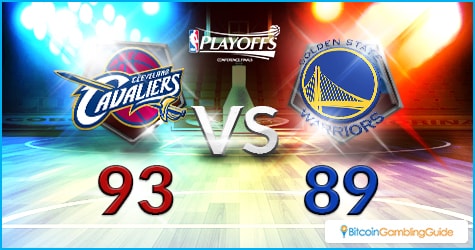 For one, the Cleveland Cavaliers have not won the championships in over 50 years. That is a long time for any team to go without winning. The other factor that had people doubting the Cavs’ chances was the simple fact that no NBA team has ever fought its way out of a 3-1 deficit in the finals. A lot of people were impressed by the way that the Cavs have managed to claw their way back from the brink, but they were quite sure that the Warriors would pull out a win.

The betting odds for the game itself reflected this belief. A lot of the top sportsbooks like Nitrogen Sports and VitalBet were putting the Golden State Warriors’ odds at around 1.5. Compared to the Cavaliers’ 2.7 odds, this made the Warriors the crowd favorite.

The game was a lot closer than the odds showed, though. The Cavaliers exploded with a lead, although the Warriors managed to catch up quick. After that, the lead was swapped between teams in a flurry of quick shots and skilled plays. The last quarter was a nail biter, with the score being tied most of the time. The grand finale—a three point shot from Kyrie Irving and a single score from LeBron James—broke the deadlock and ended the game.

The Cleveland Cavaliers were the definite winners of this game. They did not just break the 52-year win drought for the team, but they also managed to make history by coming back from their 3-1 record to win. 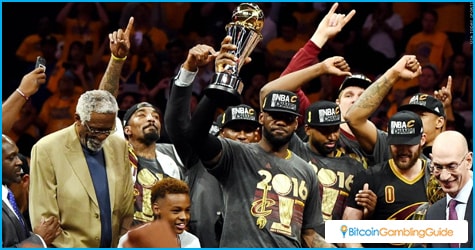 For sports bettors, anyone who bet on the Cavs is going to have a big payday. For every dollar that they bet, they would get back $1.70. That is an impressive amount, especially if they placed a big wager. Another big winner from this game is LeBron James. This game cements the fact that he is one of the best players out there, single-handedly dragging the Cavs to be the NBA Champions.

With the NBA season over, it will be sometime before NBA fans will have something to anticipate. This game though will have them talking for years.