Home court advantage was not enough it seemed for the Golden State Warriors as the Cleveland Cavaliers came roaring back for another win to set the final standings at 3-2.

Everyone was expecting the Golden State Warriors to finally win the finals in Game 5 and this was a terrible upset. It also seems like history in the making. No team has fought back from a 3-1 deficit in the Finals. King James and his boys may be able to do it. The problem is that the Warriors only need to win once and they go home with the trophy. The pressure is on and it will be interesting what Game 6 will bring.

Although the final score was a stunning 112-97 in favor of the Cavaliers, it was not an easy game. The Warriors made them work for it with a seesawing lead in the first half and a tie during half-time. It was the 4th quarter that sealed the deal for the Cavs and the Warriors were still doing their best to keep them down. 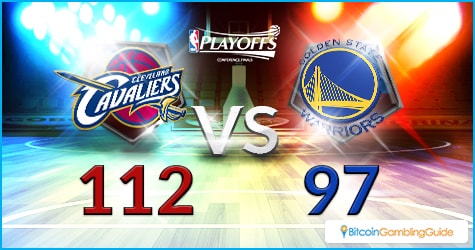 One of the noticeable absences that could have contributed to the loss is that Draymond Green was not present. One of the Warriors’ star players, he was suspended for the NBA Finals Game 5 because of a flagrant foul assigned to him in Game 4. With three minutes left in the game, LeBron James stepped over a prone Green, with Green immediately responding by tagging James in the groin area.

This heightened tensions and ended with both players chest-to-chest. Though not called during the game, post-game analysis had referees calling it a flagrant foul. The problem was that Green had already earned himself three flagrant fouls in the season. A fourth one automatically suspended him for the duration of one game, which was incidentally Game 5 of the finals.

The Golden State Warriors are a well-oiled team. Though it has a lot of great players in it, the element that truly makes them go above and beyond is their excellent teamwork. Unfortunately, Green was one of the linchpins of that teamwork. Furthermore, Green provide a defensive answer to several of the Cavs’ powerhouses. The Warriors did their best, but they needed to be running on all cylinders if they hope to beat the Cavs at the top of their game.

The odds favor the Cavs

Moving on to Game 6, the shoe is now on the other foot. Many sportsbooks are putting good odds on the Cavs to win it. VitalBet and Nitrogen Sports put their odds at 1.7, with SportsBet.io being even more confident at 1.59. The Warriors are pretty close, though, hovering around 2.0 odds. 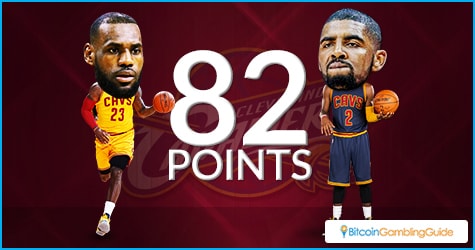 With spirits riding high, a lot of people are going to want to back their favorites. People can expect some heavy betting action even with these odds being used, even more so with the in-play bets available on these Bitcoin sportsbooks.