Sports bettors all over the world watching the third game of the NBA Finals were stunned by what they saw earlier today. Admittedly, a lot of people were expecting the Cleveland Cavaliers to get back into the groove. What they did not expect was the Golden State Warriors completely losing theirs.

In a game that showed why people should not count out King James and his Cavaliers yet, the Golden State Warriors were completely dominated by over 30 points in a 120-90 game.

This game surprised everyone. The odds were already in the Cavaliers’ favor but a lot of people were suspecting a close fight. This belief was dispelled, though, when the Cavs exploded right out of the first quarter. The team managed to get a nine-point lead in the early minutes of the game and they managed to hold it for the majority of the game. 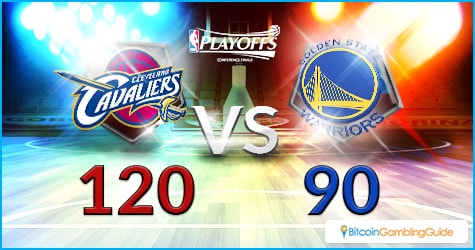 The team’s performance was incredible combining a solid defense with an offense that sliced through whatever the Warriors were putting against it. Even with Kevin Love out of the running because of concussion protocols, the Cavaliers’ main players James and Irving, along with the Cavs bench, managed to play an incredible game.

What was definitely surprising was the Warrior’s performance. Stephen Curry, this year’s MVP was not running on all cylinders, while his team seemed to be not functioning at 100 percent. There were moments of brilliance, though, delivered by Livingston, Barnes, and Green. They even managed to narrow the lead down to eight points at one part of the game, but it was not to be.

Funnily enough, even with the bad results, Stephen Curry managed to break another record: to be the lowest scoring player for the first three games of the NBA Finals from those who averaged 30 points per game in the normal season. He has only scored 48 points in the first three games—a complete surprise considering how much of a powerhouse he is.

For those watching the live betting feed, this game was a rollercoaster of emotions. The essence of live-betting is that bettors make bets as the game happens. This means that the odds are continually changing depending on how the game is going. 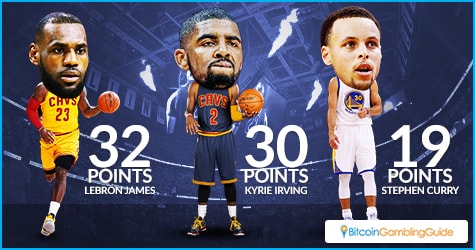 These odds are only locked at certain points of the game so there is a chance that bettors can spread their chances a bit. This game has the odds climbing and dropping as the game progressed, with even minor Warrior rallies pushing up their chances.

Surprisingly enough, for sports bettors, there were no big winners. The way sports betting works is that the bookmakers assign the odds and these determine the payout. With the Cavs playing at their home stadium, they were already the slight favorite.

Bettors who made a wager on them are going to get a decent prize but not an amount that would raise eyebrows. What will be exciting is Game 4, with the Cavs raring to go and the Warriors hoping to beat them back.