The eSports industry continues to get a lot of attention from outside its fanbase. Many famous personalities likes Ashton Kutcher and Shaquille O’Neal have shown interest in investing in professional eSports teams and companies.

The fact that celebrities invest in eSports is not surprising since the eSports industry is rapidly growing each day where its audience numbers can rival those of traditional sporting events.  Many experts are expecting the market to reach $1 Billion at the end of 2017. This is possible as Bitcoin eSports maintains its momentum in the gaming sector. 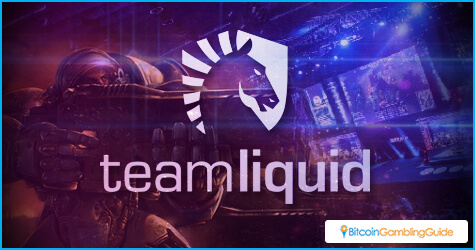 Former NBA star Shaquille O’Neal became one of the investors of NRG in March last year. Joining him were Alex Rodriguez and Jimmy Rollins. The three were minority partners with the team’s owners, Andy Miller and Mark Mastrov. Miller was then looking for their partner’s assistance to help out the team.

“All know what it’s like to be super young and play in front of millions of fans every week. We need that guidance and perspective.”

By investing in the organization, O’Neal followed the footsteps of Rick Fox, who bought a professional League of Legends team in 2015.

Shaq is not the first and only NBA star to back an eSports team. Magic Johnson joined more than two dozen companies to back the Netherlands-based pro eSports team, Team Liquid.

Team Liquid is a popular eSports team that formed out of a community website. It has players for several popular video games of different genres. This includes Smash Bros, Street Fighter, Overwatch, and Dota 2.

The That 70s actor invested in the eSports platform Unikrn back in 2015. Ashton joined Shark Tank investor Mark Cuban as well as Guy Oseary to back the platform. Unikrn is an eSportsbook that offers odds for various gaming matches.

Cuban saw a potential to make money from the eSports audience. In Ashton’s case, he has been a regular investor of tech companies. He has a stake in many popular brands such as Uber, SoundCloud, and Foursquare.

“I’ve had the pleasure of investing and being involved in a number of outstanding startups, and Unikrn stood out because they are completely changing how people engage with esports. Esports are mainstreaming, and Unikrn Arena provides fans with an additional level of excitement not found elsewhere.”

Steve Aoki became the first DJ to own an eSports team. Steve Aoki is not the least likely celebrity to invest in professional eSports team. The award-winning DJ previously lent his likeness to the NBA 2K games as a special player. He also provided music to Dragon Ball Xenoverse 2 as well as is a non-playable character in the game.

Aoki bought the Vegas-based eSports team Rogue, which is active in Overwatch and Counter-Strike: Global Offensive. What drew the popular DJ to the team were the Overwatch players. Apparently, Aoki is a big fan of Blizzard’s team-based shooter game.