Last weekend was the semifinals for North American League of Legend Championship Series. Four of the most skilled teams in the League scene went at each other with all their might to determine who will be moving on to the finals. Competing for the top spot to get the $50,000 prize, all four teams put in a lot of effort to get the job done. The first semifinal match was between Cloud9 and The Immortals and it was a stunning match.

The battle on Saturday between Cloud9 and The Immortals was an epic one. All of the final matches of the NA LCS are in the best-of-five format and the two teams took advantage of this to the fullest, ending the match at a close 3-2 ending in favor of Cloud9, which definitely upset the odds. 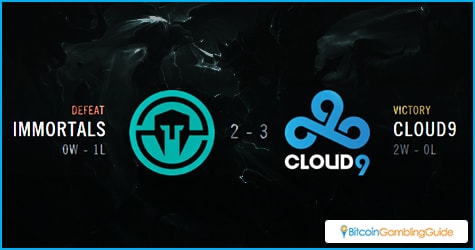 A lot of people were favoring The Immortals since they were a proven team with a better track record than Cloud9. However, it seems that the old saying to not count your chickens before they are hatched is true here.

Cloud9 managed its surprising victory by using some pretty good tactics and strategies, blindsiding the Immortals with their game 2 win. The first match was a devastating show of The Immortals’ skill as team member Pobelter used Taliyah’s Weaver’s Wall while Huni spammed Rumble’s Equalizer to split up the C9 team in a climactic fight. They scored three kills with no losses. They then proceeded to smash into the C9 before they could regroup.

Game 2 had Cloud9 striking back. They had Rumble banned and managed to take the game to the distance, slowly wearing down the Immortals. The game was action-packed and had a lot of back-and-forth but ended with the Immortals on the ropes. Game 3 repeated this performance, with C9 member Impact devastating The Immortals’ Huni in a succession of solo kills.

Though it was a long slog, the game still ended in the favor of C9. A lot of people thought that they had clinched it but Game 4 gave The Immortals a chance for a second wind. Huni and his teammates went for the control strategy and it took some time. The team finally managed to corner C9 into a decisive team fight and wrecked the opposition before they could recover. 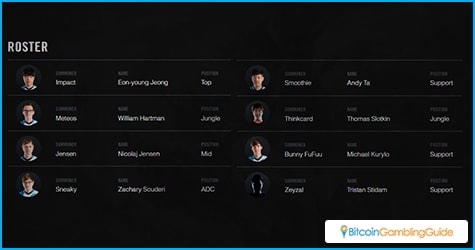 This victory led to the match going to the fifth game. The Immortals came on strong, but their kill lead did not make up for the gold lead by C9. With better equipment and turrets, Cloud9 managed to soon overwhelm the Immortals and finish them off.

This match ensures that Cloud9 goes onto the finals this week. It will be interesting to see the matchup between them and the other winner of the semis, TSM. With two great teams clashing, it will be fun to watch to see who will come out on top of the eSports scene and advance to the World Championship. Better yet, doubling the fun for the fans is to bet Bitcoin on their favorite eSports team to win.