What were once glorified names in the iGaming industry now face distrust from players and affiliates due to what could have been a staged destruction of these reputable brands.

Club World Casinos and AffiliateEdge have earned the nod of the iGaming sector over the years. However, recent incidents put their names on the line, with some new speculations that can further lead affiliates and players to believe the worst has come for these two names.

But what is the real score? 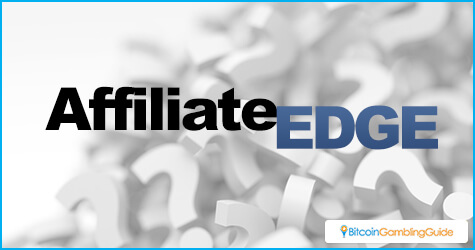 Late last year, players and affiliates began to experience delayed withdrawals from their accounts. There was also the abrupt change of leadership, which apparently ignited the factors that contributed to the lackluster performance of Club World Casinos toward the end of 2016.

The notice sent out by AffiliateEdge detailed how the former CEO deliberately messed up the operations and left the company without notice. Problem after problem plagued the fiat and Bitcoin casino since then, forcing senior officials to leave.

Meanwhile, in an effort to salvage the sinking ship, directors at Club World Casinos decided to seek help from consultants in December. These consultants provided guidance for the online casino to return to normal operations.

Today, officials at Club World Casinos are proud of the improvements the casino has achieved after the turmoil. Vacated positions have been filled and operations are back to normal three months after. The company also intends to clear up the financial issues with the affiliates and plans to speak with all of them in an individual basis soon.

With Club World Casinos reportedly getting back its groove in the iGaming market, some affiliates, however, have raised the red flag.

An online claim pinpointed Affpower as the consultants that took over Club World Casinos during the latter’s struggling times. Affpower—based on the claim—was an unreliable company that was accused of stealing games among others. The most recent accusation is Affpower’s role in the issue of detagging players from Club World Casinos’ affiliates.

Apparently, affiliates have noticed how players have been removed from the list from December to February, leaving affiliates with zero to a few earnings every month. There are allegations that Affpower’s entrance in December to Club World Casinos Group started this controversy, as evidenced by the sharp decline of players and of affiliate earnings within that period.

With the recent controversies clouding the operations and reputation of Club World Casinos and AffiliateEdge, as well as the trust of players and affiliates in the two brands, it is hoped that all issues and challenges will be resolved accordingly.

Some of the casinos involved in this row are Lucky Red Casino, All Star Slots Casino, Manhattan Slots, among others.