Starting last week, American-based football teams have been clashing for the top spot for this year’s Copa America. The tournament this year is special since it marks 100 years since the first Copa in 1916. The history of the tournament has been fraught with interruptions and cancellations but also with great games and fierce competition. This year’s games celebrate that and hope for more in the future.

For Bitcoin sports bettors, Copa America Centenario is a great sports betting opportunity. This is because it brings together teams from the Americas. North American teams may not be a big hit, but the South American contingent is composed of some of the finest teams in the world. Bringing them all together gives fans and bettors an opportunity to see who the best is in the Americas.

Though mostly in the background in the US, football is the world’s favorite when it comes to team sports. While the US obsesses about the World Series and the Superbowl, the rest of the continents look to the Copa America. Nowadays, the tournament is one of the most prestigious in the world of football. This centenary edition is supposed to be a one-off tournament to celebrate a hundred years of the sport in America. 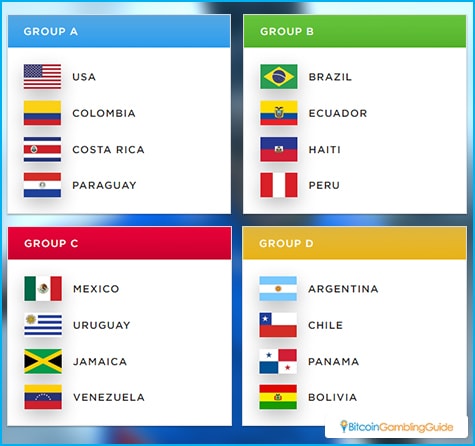 With the United States hosting, there will be three weeks of matches to determine who will be going into the quarterfinals. Last week saw eight matches happen, while this week will see another six. After all of the initial matches, teams will be facing off in the quarterfinals and in the semifinals to determine who will go on to fight for the top spot.

The other favorite is Chile, with their recent league performance and the fact that they won last year’s Copa America. Looking at individual match odds on BetBaller reflects these beliefs. The current odds are for this week and next week’s matches, but they are overwhelmingly in favor of these two teams, with their opponents’ chances to win rated at two digits. 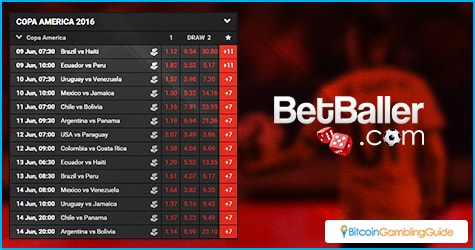 For bettors who want a higher payout, Brazil, Colombia, Uruguay, Ecuador, and Costa Rica are also in the running. With such strong teams on board, the Copa America Centenario will be a treat to those who like to see great football action, as well as those who enjoy the football fever in Bitcoin gambling.