The quarterfinals are over and the tournament is now moving on to the semifinals. Over the period of eight matches, the field has been narrowed to just four teams: USA, Argentina, Chile, and Colombia.

This year’s semi-final matches are an interesting mix. Argentina is a powerful team filled with top-tier players so that was no surprise, but the USA has not exactly been known for its football. Chile and Colombia have decent win histories but their presence in the semifinals is still a bit of a surprise.

The Copa America quarterfinals were a big surprise for everyone, except for Argentina’s match. A team with Lionel Messi on it will have everyone putting their bets on them. The Venezuelan team was no slouch, but Argentina had a powerhouse combination in its players. Argentina won the game at 4-1, which sealed the deal for them to go to the semifinals. 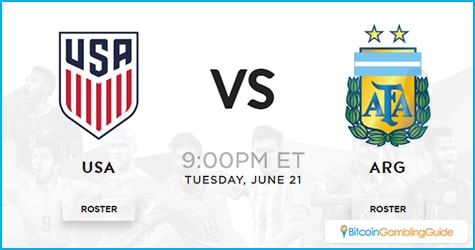 The match between USA and Ecuador was a much closer game. USA managed to score early, but Ecuador managed catch up, pulling an equalizer. With such a tight match, tensions ran high. A good example was when Antonio Valencia and Jermaine Jones got into a tussle and were sent off the field. Fortunately for USA team, star player Clint Dempsey managed to score another goal to clinch them a 2-1 win.

The match that got Colombia their semifinal entry was a nail biter of a match with Peru. With both teams doing their best, no one was scoring. By the time that time was called, the teams were at 0-0. The penalty shots decided it, with Colombia scoring 4 to Peru’s 2.

On the other end of the spectrum was the Mexico-Chile matchup. Everyone was expecting Mexico to put up a good fight considering its impressive record of 22 straight wins. What actually happened was a major upset as the Chilean team slaughtered the Mexicans in an extremely lopsided game. The final score was 7-0 in favor of Chile.

The odds are set

The only matches left for the Copa America Centenario are the two semifinal matches that will decide which teams will vie for the first and second place and two more matches, the finals and the runner-up match. Right now, the semifinals have the USA playing Argentina, and Colombia up against Chile. The sportsbooks have already put some odds on these matches. 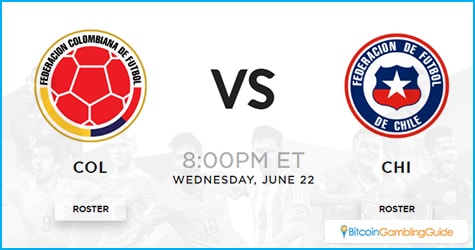 The most disparate odds are those on the USA-Argentina match. Sportsbooks ranging from Bovada to VitalBet all agree that Argentina is the favorite to win, putting the odds at a likely 1.50. The US has some very long odds, ranging from 6.0 to 7.0. Anyone betting on the USA team will have a big payday if they do ever manage to win.

Meanwhile, the odds are a lot more even in the Colombia-Chile game, with the odds being a few decimal points off. Chile’s magnificent win over Mexico has resulted in it being the favorite at 2.45 in most sportsbooks.

With these teams in play, the Copa America semifinals this week will be interesting to watch.