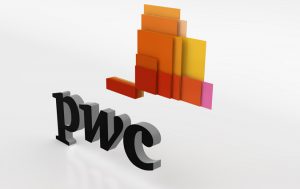 Inside of the blockchain community, there is a strong sentiment that the merger of the business and corporate world with this new technology is inevitable. From a purely IT standpoint, the logic behind this idea is completely solid. After all, blockchain offers a way of dealing with centralized systems in a completely decentralized manner. Currently, it is working optimally for networks like bitcoin which supplies its users with a fully independent digital currency that can be used for betting in online casinos, creating purchases of goods and services and many more additional uses.

But the corporate and business work has a lot to gain from using this tech. With it, costs would go down while the robustness of the networks would go up at the same time. These factors are clearly something any business organization desires to have on its side, regardless of the form in which it comes in. At the same time, news from a large number of organizations seemed to corroborate the notion that this trend of blockchain adoption already began.

The Hyperledger project is just one of the most prominent examples of this idea, with dozens of global corporations inside of its network. But, in spite of all of this, a recent news shines a new light on the whole blockchain penetration process and it is not that good for the blockchain community.

PwC Report on Blockchain inside of Companies

PwC, a consulting and accountancy firm has recently completed a report on the current position of blockchain technology inside of large companies. The report was comprised through individual insight on the state of blockchain adoption and R&D in companies that are working in the banking sector, but also those which are active in the FinTech domain.

All of the examined companies have 500 employees or more. The report shows that the investment was the greatest so far in 2016 and that future plans for additional investment are ongoing. This comes in the light of the fact that the tech is entering its application phase and stepping out of the lab. Because of that, dividends are expected for all those who invested into the blockchain tech.

The report also noted that the hype of the blockchain is winding down and being replaced with realistic expectations. With this, many businesses are reaching out for the tech and seeing ways how it can benefit their operations. In fact, 77% of the companies in the report underlined that they are expecting to incorporate some form of the blockchain into their portfolio and actual day-to-day dealings before the end of 2020.

This all seems great for the blockchain community, but there is also a different perspective provided by the report which is a lot reassuring.

The Level of Backing

Over 50% of all financial companies stated that they are ready to focus on blockchain in the next year, but in this group, only about one-fifth of all large banks in the research stated the same thing. Generally, across the companies in the research, only 20% said that they have plans to invest in blockchain in the next year. Related to their activity of investment as a general phenomenon across all of the interviewed companies, about 75% of investment funds will go to data analytics, while the second spot is taken by mobile technology where over 50% will be invested. The third area of investment interest is the field of artificial intelligence with about 35%.

Almost all payment companies say that they are heavily invested in the entire blockchain system and they are gearing up to have products that are ready for the market by 2020. Some took this ever further, so about 55% of the companies stated that they are looking to launch their service before the end of 2018.

The paradox in these statements made by a lot of these companies. On one hand, there is a verbalized willingness to introduce blockchain into their operations as fast as possible, but on the other, the amount of money being invested is still going to the other IT fields, like data analytics and AI. There are some niche domains like marine and personal insurance, where technologies are investing heavily into blockchain, mainly because it could revolutionize the procedures linked to claims processing.

In those relatively small industries, especially in terms of any new companies entering the fray (there are not many insurance startups), there will be plenty of room for actual blockchain application. At the same time, the actual companies will be eager to accept these new platforms because they will lead to a direct increase in revenue.

But, it is clear that others have the willingness to declare their intent to embrace blockchain tech, but not to actually stand behind that with a bigger investment. While the current level of money entering the development is enough to keep the momentum going, a large-scale switch to blockchain remains a fanciful notion, even for the companies that are actively pursuing it.

It seems like the companies in question, but presumably most others as well, believe in the idea of the blockchain but do not see it as something which will change the world overnight. Now, it is possible that they just want to stay in the blockchain loop without really planning on implementing the tech is some major way anytime soon.

There is a clear move towards the blockchain-based systems, which will be employed for anything ranging from Forex trading operation to government service. But, for now, there is no definite indication that the business sector will spur on that advancement. This was completely expectable being that blockchain is not the only big IT tech that can prove to be a game-changer.

Big data, followed by intelligence agents generated by an AI are also clearly a huge potential, which is something that was also shown in the PwC research. In this domain, the right investment could end up being unimaginably lucrative.

That is why by recognizing that blockchain is not the only hot tech in town, a more realistic set of expectation can be formed, especially related to the idea of these application becoming available. For now, it looks like both 2018 and 2020 might be a bit optimistic for many companies that see them as launch windows for their fully developed blockchain tech.