When the name Dan Bilzerian pops up in any conversation, there will always be a wide degree of reactions. A modern-day Instagram celebrity, Bilzerian is no actor or mogul. He is primarily known for his social media presence and the fact that he is a big spender.

Like other social media celebrities, he has consistently been putting himself in the public’s eye to keep their attention. Most celebrities find some way to make money off of all this public scrutiny and Bilzerian is no exception.

Bilzerian has been the celebrity face of several gambling sites and has invested in quite a few businesses based around the entertainment industry. He also happens to be a professional poker player, which is the root for all of his fame. The biggest news, though, is his current promotion of a new daily fantasy sports site called Blitz Fantasy. 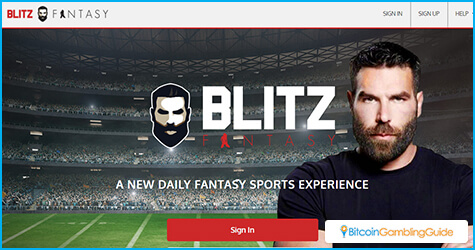 Joining the market for daily fantasy sports, Bilzerian promises to boost the excitement and wins on the newest fantasy sports platform catering to fiat currency players. It currently offers limited number of contests, though, which include major US leagues like NBA, MLB, and NFL.

Making Blitz Fantasy more attractive are the big money tournaments that rewards huge prizes for those who finish first or in the top three. Players who wish to join the contests, however, must first register or log in their account. Other than these, this DFS site offers different game types and game sets.

Blitz Fantasy, however, is yet to tap the Bitcoin fantasy sports market since it still focuses on real-money, conventional payments.

To understand the appeal of Dan Bilzerian, it is necessary to look at the image he presents. Bilzerian exploded onto the public scene with his presence in the 2013 World Series of Poker. He was not even participating, but just in the background with a stunning woman draped over him and stroking his beard. This five-second clip went viral and this sent Bilzerian from being a fixture of the high stakes poker scene and into media stardom.

A year after the clip’s showing, Bilzerian had become a media darling. Called the King of Instagram, the five-foot-nine muscled ex-Navy Seal trainee has over 16 million Instagram followers. It is estimated that over 200,000 are added a day to his feed.

The main attraction of Dan Bilzerian is the larger-than-life image that he presents. A glance at his Instagram immediately shows people what he can deliver. It is either pictures of him with beautiful women or that of his large gun, car, and plane collection. The image that he presents is that of the jet-setting, high-rolling lifestyle that a lot of people want to experience. 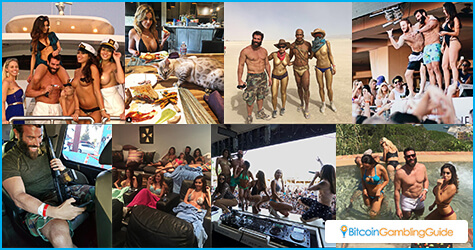 There have been some critics and problems along the way, though. The internet celebrity has reportedly had two heart attacks already, before even hitting 40. He has also been hit by lawsuits for his bad-boy behavior.

What he’s doing next

No matter what a person’s opinion of Bilzerian is, he is still making waves in the gambling industry. First of all, he seems to be trying to recoup his poker losses with another prop bet. Bilzerian has wagered with hedge fund manager Bill Perkins that he would be able to cross the Atlantic by rowing solo with $5 million at stake.

Bilzerian already won an earlier prop bet this year on a Las Vegas to Los Angeles bike ride for $1 million. Another interesting bit of news on the Bilzerian front is his current promotion of Blitz Fantasy. A new daily fantasy sports outlet, Bilzerian is touting the site’s high-roller offerings.

Dan Bilzerian is a contentious figure, but people can be assured that he will not be going away any time soon.